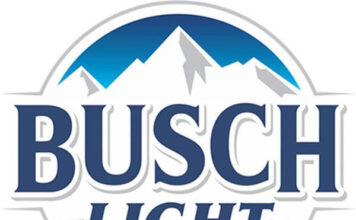 The partnership between the inaugural NASCAR Xfinity Series race in Portland and Busch Light is a natural fit as Busch Light currently serves as the official beer of NASCAR. The light beer will be available to patrons at PIR during the race weekend, which marks the first NASCAR national series event in the Pacific Northwest in 22 years.

“As a local Portland operation, we are proud to be a part of this historic event,” said Robbie Maletis Jr., general manager of sales for Maletis Beverage, the local beverage distributor of Busch Light at the event. “It’s an exciting weekend ahead for us all as NASCAR racing returns to the Pacific Northwest. I look forward to seeing all the fans at PIR for some great stock car racing action.”

Busch Beer has a long history as a valued NASCAR partner. Highlights of the relationship that has extended over four decades include the introduction of the Busch Pole Award in 1978 and the creation of the Busch Light Clash in 1979. More recently, in February of 2022, the beverage company announced the launch of the Busch Light Accelerate Her program, a sponsorship initiative that takes aim at the inequity of resources available to women drivers in NASCAR.

“We are very excited to showcase an official partner of NASCAR like Busch Light at our event as we bring a NASCAR national series back to Portland,” said Jerry Jensen, general manager of Green Savoree Portland, which owns and operates the event at PIR. “Busch Light will be another great offering for race fans at a great racing weekend in the Pacific Northwest.”

The NASCAR Xfinity Series and ARCA Menards Series West will take to PIR the weekend of June 3-4. The Xfinity Series will get on track twice on Friday, June 3, for a late morning practice session and then qualifying happening late afternoon during “happy hour” to set the next day’s starting grid. On Saturday, June 4, the Pacific Office Automation 147, a 75-lap race covering 147.75 miles, will get underway at 1:30 p.m. PDT, followed by an ARCA Menards Series West 57-lap feature to cap off the two-day event.

Tickets to the 2022 Pacific Office Automation 147 are on sale now at nascarportland.com. Friday general admission is just $20, and Saturday’s price is $45. A 2-Day General Admission for both days provides the best value at $55. Children 12 and under are admitted free with a ticketed adult. Single Day Grandstand seats are also available at three different price levels securing the best vantage points at PIR.

For overnight visitors to the area, Travel Portland has organized a variety of local hotel accommodations and packages at special rates incorporating some of the most well known brands to unique boutique properties. The official host hotel of the weekend is the recently updated Holiday Inn Portland-Columbia Riverfront sitting in close proximity to PIR along the scenic Columbia River. Visit the “Travel Options” page of nascarportland.com to find out more on the accommodations and offers available.

Race fans are encouraged to discover all the natural wonders and events Portland has to offer by checking out TravelPortland.com. This NASCAR Xfinity Series weekend featuring the Pacific Office Automation 147 also happens during the renowned annual Portland Rose Festival featuring an array of civic events.

Stay up to speed on NASCAR’s visit to Portland on social media all year long by following #NASCARPortland or by signing up for the E-Club on the website.

For more than 160 years, Anheuser-Busch has carried on a legacy of brewing great-tasting, high-quality beers that have satisfied beer drinkers for generations. Today, we own and operate more than 120 facilities, including breweries, wholesaler distribution centers, agricultural facilities and packaging plants, and have more than 19,000 colleagues across the United States. We are home to several of America’s most recognizable beer brands, including Budweiser, Bud Light, Michelob ULTRA and Stella Artois, as well as a number of regional brands that provide beer drinkers with a choice of the best-tasting craft beers in the industry. From responsible drinking programs and emergency drinking water donations to industry-leading sustainability efforts, we are guided by our unwavering commitment to supporting the communities we call home. For more information, visit www.anheuser-busch.com or follow Anheuser-Busch on LinkedIn, Twitter, Facebook and Instagram.

Green Savoree Racing Promotions (GSRP) is an Indianapolis-based motorsports event ownership and management company whose subsidiaries own, operate and promote race properties in Lexington, Ohio, home of Mid-Ohio Sports Car Course and The Mid-Ohio School, Portland, Ore., St. Petersburg, Fla., and Toronto, Ontario. These events provide a festival experience and showcase some of the most exciting racing series in the world including the NTT INDYCAR SERIES, the Road to Indy Presented by Cooper Tires open-wheel development series, NASCAR Xfinity Series, NASCAR Camping World Truck Series, IMSA WeatherTech SportsCar Championship, ARCA Menards Series and more. In working together since 1993, co-owners Kim Green and Kevin Savoree have won four INDYCAR championships, three Indianapolis 500 races and the 12 Hours of Sebring as team principals, and established the first INDYCAR street race in 2004. More information about the company, its subsidiaries, and these events is available on the event websites at gpstpete.com, hondaindy.com, midohio.com and portlandgp.com.