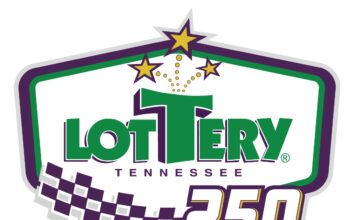 NASHVILLE (June 25, 2022) – On a race day in Nashville where the temperatures inside the race cars were over 130 degrees, Toyota driver Trevor Bayne finished second in Saturday afternoon’s NASCAR Xfinity Series (NXS) race. Bayne was followed to the checkered flag by his Joe Gibbs Racing teammate Ty Gibbs in fourth and fellow GR Supra driver Jeffrey Earnhardt in seventh.

How was your race overall and how were you able to come from the back twice to score and second-place finish?

“It’s really hard to win a race when you go to the back twice. We drove to second twice, from the back. The second stage, we came in with Riley (Herbst) and hit a pit crew member, not intentionally, but it can happen. Then fell back to 15th and drove back to second. Then we had a loose wheel and had to go to the very back and drove back and was catching (Justin) Allgaier. He’s my buddy, Gator, congrats to him. Happy for him, but man, I wanted to win that guitar and win here at Nashville. I feel like we did everything right on the car and feel like I did everything right behind the wheel. We have to clean up the mistakes and we’re going to win because it takes every piece of this deal. But thankful to be here, but it’s perspective. I used to be mad and I’m still mad, but with perspective being happy to be here.”

How strong was your race car today?

“I think we had a really fast Monster Energy Toyota Supra. I can’t thank TRD enough and all my guys. We just got hit there and got a little damage on our left front there and kind of hurt us the rest of the race. Overall, a good day. I’ll take it. I thought we had a shot at the win, but the 7 (Justin Allgaier) was good and congratulations to him and that team. We’ll just have to hammer down and keep going. Road America is next month and if you think this is hot, we’ll move on to Road America and somehow it gets hot in Wisconsin.”

What was your point of view when you were spun out from Sam Mayer?

“He (Sam Mayer) just packed air on my left rear and I got out there and he drove into me. It’s just part of it. Hopefully we learned from it and we don’t have to go through that again. I’ve done that mistake too with the 39 (Ryan Sieg) at the beginning of the year. It’s just part of it, part of the learning experience. But overall, thank you to my guys. Thank you to Chris Gayle (crew chief), my guys, Toyota, TRD, Monster Energy – so many people that helped. Hopefully we can hammer down at Road America.”

Will you and Sam Mayer talk about what happened?

“I don’t know, it’s just part of it. It’s a learning experience. We’re both the same age so we’ll see what happens.”

How was your car overall?

“We had a very fast Monster Energy Toyota Supra. Just got hit there, got aero-packed there and got too loose and got drove into. I got damage, left front damage there and that hurt us there and we got tighter. But it’s part of it and overall it was a good day. All the Supras were fast today. My teammate finished second and I know Brandon (Jones) was on a different cycle, but we were all running up front. Good day, good way to improve. We’ll just keep going