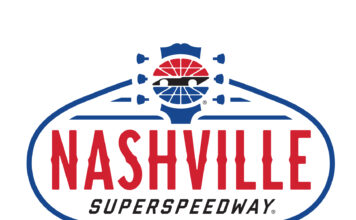 In the 2022 NCS season, Kaulig Racing has earned one top five, three top-10 finishes and has led 22 laps

“I enjoyed racing at Nashville last year in the Xfinity Series. This will be my first time running both the Xfinity and Cup races. I think we are making progress in both of our programs and feel like Nashville will be a good test to see where we are at.” – AJ Allmendinger on Nashville Superspeedway

“After a nice off week of downtime, I’m ready to get back to it and race Nashville. It was a new track to us last year, and it was fun to race on. This will be the first time these new Cup cars will be on this type of track. The last concrete track we raced on was Dover, and we showed some speed there. Hopefully that applies over to Nashville.” – Justin Haley on Nashville Superspeedway

Dating back to the 2020 season opener, Kaulig Racing has finished at least one car in the top 10 in 79 of the last 80 NXS races
The team has earned at least one top-10 finish in 38 consecutive races, the longest active streak of any team in the NXS
Kaulig Racing has led 196 laps in the 2022 NXS season so far
Allmendinger: 148 laps
Hemric: 48 laps

“Nashville is an awesome concrete race track – the largest concrete only track. The size of that track makes it unique. The banking is challenging and it’s just big enough so it’s fast. It’s cool, because it was such a mainstay in our sport so many years.” – Landon Cassill on Nashville Superspeedway

“The last time I was in Nashville was celebrating a championship, so going back is exciting for me. I have some great memories made on the racetrack itself, as it is just an incredible venue. I think it’s very important market for our sport, so I look forward to putting on a show for the fans there. It’s time for us to get some justice for this Kaulig Racing team, and hopefully we can put the Cirkul Chevrolet up near the front and contend for the win.” – Daniel Hemric on Nashville Superspeedeway