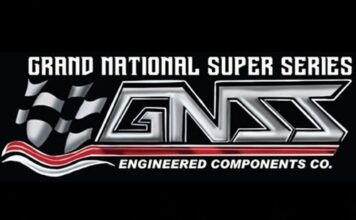 There are a few driver/ team shake-ups this week. Eric Barber will be in the ShowTime Motorsports 54, Cody Dennison will be piloting the 21 car, owned by Eric Barber. In addition to those changes, Frank Kimmel and Joe Wilder will both be missing from the competition. Bob Schacht will finally make his triumphant return to the driver’s seat in his 75 machine.

A.J. Henriksen leads the points heading into this event and is hungry for a win. In addition to being the points leader. The Elgin, Illinois native also holds the record for the most Chalew Pole Awards this season at three. He will have to beat Bob Schacht who has been out of the seat for a few weeks and is chomping at the bit to get back behind the wheel. Don’t count out Kevin Kromer. Kevin was involved in an incident at the previous race after getting caught up in some oil. Kromer took his hot rod back to Pennsylvania and worked diligently to get her back to pristine condition.

Drivers will take to the 4/10th mile track Saturday at 2:30 starting with practice. Qualifying will take place at 4:10. The meet and greet kicks off at 6 p.m. so come on down and meet your favorite driver! Racing will take place at 7, with GNSS being the second and ninth feature. We will announce via our Facebook on our broadcast information for this weekend’s race.

GNSS would like to thank all of our amazing sponsors who make this great series possible; Engineered Components Co, Chalew Performance, Howe Racing Enterprises, and Circle Track Warehouse.

For more information on GNSS please visit our website www.grandnationalsuperseries.com