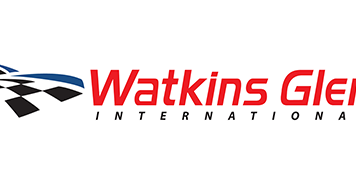 The expanded partnership builds on an existing relationship between General Tire and The Glen that began in 2019. General Tire signage, hospitality and displays have been a vibrant part of the NASCAR race weekend experience for fans. Prior to that, Continental, the parent company of General Tire, partnered with The Glen on IMSA race weekends from 2012-2018.

“General Tire has been an outstanding partner of our track and we’re proud to see their partnership expand to include the General Tire 100 at The Glen,” said Watkins Glen International president Michael Printup. “The return of the ARCA Menards Series to New York was met with great fanfare last year and we can’t wait to see the action on the track again this year.”

After the ARCA Menards Series made its debut at Watkins Glen International in 2001 (in a race won by John Finger), it was 20 years before the series would return to the historic road course in 2021. Last year, the race was won by Corey Heim – one of six wins for the young driver who finished second in the series standings to Ty Gibbs.

“We are proud to continue our partnership at the Glen,” said Travis Roffler, director of marketing for General Tire. “Watkins Glen produces excellent racing year after year, so we are thrilled to sponsor this event. As we’ve continued to support the ARCA Menards Series since we first became a partner in 2016, our track partnerships help to expand both of our brands even further.”

Prior to the return of the ARCA Menards Series last summer, The Glen hosted a total of 26 ARCA Menards Series East races (then run under the NASCAR K&N Pro Series East banner) between 1993 and 2019. Recent winners of that race included this year’s Daytona 500 champion Austin Cindric in 2016 and current NASCAR Xfinity Series standout Brett Moffitt in 2018.

To purchase IMSA or NASCAR race tickets or for camping and additional information, call 1-866-461-RACE or visit TheGlen.com. Fans can view the NASCAR Cup Series and NASCAR Xfinity Series schedules and purchase tickets at nascar.com/tickets.

Located within five hours and 300 miles of 25 percent of the U.S. population, Watkins Glen International is the premier road racing facility in North America, four-times voted “Best NASCAR Track” by readers of USA Today. Keep up with The Glen on Facebook, Twitter, and Instagram. For tickets, camping, and additional information, call 1-866-461-RACE or visit www.TheGlen.com and get all of the latest information by downloading the NASCAR tracks app at www.theglen.com/nascar-tracks-app.