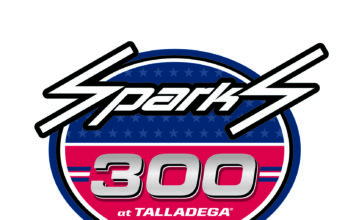 • After kicking off his third straight NASCAR Xfinity Series Playoffs appearance with a strong fifth-place finish last Saturday at Texas Motor Speedway in Fort Worth, Riley Herbst and the No. 98 Monster Energy team are looking to jump above the top-eight cutline in Saturday’s Sparks 300 at Talladega (Ala.) Superspeedway. Herbst earned his career-best seventh top-five of the season at Texas, which moved him from 11th to ninth in the playoff standings, just one point below the top-eight cutline. Avoiding calamity will be especially important for Herbst at the always unpredictable Talladega, where he looks to better his seventh-place finish from April by staying out of trouble and earning valuable stage points along the way. While a win would guarantee a spot in the Round of 8, which begins Oct. 15 at Herbst’s home track of Las Vegas Motor Speedway, strong runs this weekend at Talladega and Oct. 8 on the Charlotte (N.C.) Motor Speedway Roval can also help Herbst advance.

• With six races still remaining in 2022, Herbst can already call this season a career year. His seven top-fives eclipsed his previous season-best tally of five top-fives earned last year, and his 17 top-10s have already equaled his season high, first earned during his rookie year in 2020.

• The No. 98 Monster Energy team has been solid at superspeedway-style tracks this season. In the Xfinity Series’ season opener at Daytona (Fla.) International Speedway, Herbst earned a fourth-place finish after running in the top-10 for a majority of the day, successfully avoiding multiple accidents and collecting bonus points with his stage finishes. Five weeks later, the series arrived at the repaved and reconfigured Atlanta Motor Speedway, a 1.5-mile oval where racing now is more akin to what’s seen at Daytona and Talladega. Despite overheating problems that put him a lap down early in that March 19 race at Atlanta, the No. 98 team persevered to get back on the lead lap and earn another fourth-place finish. After a seventh-place drive April 23 at Talladega, Herbst claimed another Atlanta top-10 with a strong ninth-place finish on July 9. In his most recent superspeedway outing Aug. 26 at Daytona, Herbst navigated several accidents to finish 15th.

• The Sparks 300 will be Herbst’s sixth career Xfinity Series start at Talladega. The 23-year-old from Las Vegas finished fourth at the 2.66-mile oval in April 2021, currently his best result at the track. In his return to Talladega last October, Herbst was in position for the win, leading 26 laps and running in the top-10 for a majority of the race. However, the No. 98 Ford Mustang was caught up in the “Big One” with just six laps remaining. The team followed up that performance with another top-10 run when the series returned to Talladega this past April.

• In addition to his Xfinity Series starts at Talladega, Herbst has also competed in one NASCAR Camping World Truck Series race and four ARCA Menards Series races. His best finish came in his April 2019 ARCA start when he missed victory lane by .149 of a second as the runner-up to race-winner Todd Gilliland. That October, in his one and only Truck Series start at Talladega, Herbst earned a solid third-place finish.

You head to Talladega fresh off a top-five finish last week at Texas – a great way to begin your playoff run. With two races remaining in the Round of 12, what is your approach?

“Texas was a good weekend for us, and I’m glad that we could go there and get a top-five. With the playoffs, I’m more of a race-by-race guy. Ultimately, you have to survive each race and perform to the best of your ability. I will say that this first round will be the hardest for this No. 98 Monster Energy team. Talladega is unpredictable, and I haven’t been able to wrap my head around the Roval, yet. Hopefully we can survive and advance.”

Talladega is indeed unpredictable. How do you approach a race where there are so many variables out of your control?

“It’s all about survival. Talladega is a wild card and you never know what’s going to happen. I think if we can stay out of trouble and get a little luck, we can be contenders at the end. The key part is getting to the end of the race. We’ve led laps there and performed well at the superspeedways this season, so hopefully we can see that continue at Talladega.”

The playoffs are built around a “win-and-you’re-in” mentality, but you’ve proven that consistency can take you far, as well. A win is always the goal, but how satisfying is it to see your front-running consistency this season yield results?

“I’m proud of this No. 98 Monster Energy team for how far we’ve come. The growth is obvious and people are seeing it. Kevin Harvick gave me the best advice at the beginning of the season when he said I needed to focus on being consistent in the top-10 and finishing races. I think we’ve done that and I’ve grown as a driver because of it. Now we have to shift our focus to be consistently top-five and competing for wins. I cannot thank every person on this team enough for all of their hard work.”