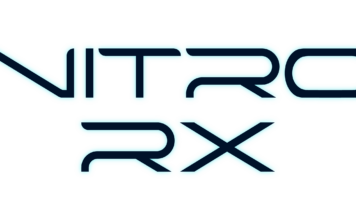 Tickets On Sale This Friday, November 18th, at 10 AM

This adrenaline-charged event will showcase elite drivers, including Pastrana, who is defending his 2021 championship, with the most explosive electric vehicle in racing. The event will be a part of Nitro RX’s inaugural global season, which has already encompassed the United Kingdom, Sweden and the United States. Its worldwide broadcast footprint will spotlight Calgary as a global sports leader and bring a new kind of horsepower to the city.

At Calgary, cars will battle on snow and ice, creating dramatic moments and compelling visuals that will resonate both in the stands and on screen. This will bring an entirely new dimension to Nitro RX’s intense, door-to-door action and will be sure to have fans on the edge of their seats.

Pastrana said: “We are so excited to bring Nitro Rallycross to Calgary for the first time. Nitro Circus has had some incredible moments in this city. Now with Nitro Rallycross, we are bringing that same no limits attitude and passion for progression to four-wheel action.” Pastrana added, “I can’t wait to put these insane new cars on snow and ice. They said it couldn’t get any crazier, but we found a way. I’m definitely looking forward to it.”

Brett Clarke, President of Nitro Rallycross, said: “Since the creation of Nitro Rallycross, we’ve always looked to push the boundaries around creating the most exciting motorsports events on the planet. From the drivers, the format, to the tracks and the locations, we’ve built the brand as the next generation of motorsports – Calgary will take that thesis to the next level with an ice track inside the iconic stadium that is Stampede Park.

Clarke added: “We are thrilled to be working with great partners at Tourism Calgary to bring this exciting event to Calgary and Alberta. The enthusiasm and hospitality of the Calgary team is exactly what we look for in our host city partnerships and we look forward to bringing fans from around the world for what we believe will be the biggest motorsports event to come to Calgary.”

“Calgary is the winter sport capital of Canada, and this event is another fantastic reason to visit our city,” said Carson Ackroyd, Senior Vice President of Sales with Tourism Calgary. “We’re excited to have Calgary be part of this international race series that will see Nitro Rallycross bring even more energy to the city’s Chinook Blast winter festival. It’s an excellent addition to the schedule of winter events creating vibrancy in our city, activating one of our most iconic venues, and making Calgary an eventful city year-round.”

Tickets to Nitro RX Calgary go on sale to the general public this Friday, November 18 at 10am and will be available at NitroRallycross.com. General admission tickets will be available in both single-day ($25 for Saturday; $30 for Sunday) as well as weekend ($30) options. VIP Club Nitro RX passes will also be available ($125 single-day for Saturday; $130 single-day for Sunday; $250 for weekend). All prices plus additional taxes and fees. More information on Club Nitro RX’s premium amenities is detailed below.

Nitro RX has been held in a wide variety of environments during the 2022/23 season, ranging from the legendary tarmac of the UK’s Lydden Hill Race Circuit, and the rolling rollercoaster of Minneapolis’ ERX Motor Park to the iconic all-dirt surface of Los Angeles’ Glen Helen Raceway. At venerable Stampede Park, Nitro RX will add snow and ice to the mix.

In its revolutionary all-electric FC1-X, Nitro RX has a car that is up to the challenge. Racing in Nitro RX’s new top class, Group E, the FC1-X is the most powerful vehicle in rallycross. Capable of producing the electric equivalent of 1,070 peak horsepower (800 kW), it can accelerate from 0-60 in just 1.4 seconds and launch faster off the line than an F1 car.

With its unique open paddock layout, located inside the adjacent Nutrien Western Event Centre, Nitro Rallycross will offer fans an immersive atmosphere where they can get a behind-the-scenes look at the teams, drivers and cars.

It includes the all-new Nitro RX fan experience, which includes an entertainment stage featuring music, as well as a gaming zone, a concession area with local food trucks and an electric RC activation.

The event will also feature a fan autograph session, open to all attendees, that allows fans to meet the world’s leading drivers in person.

Nitro RX Calgary is part of the series’ Canadian debut. Over the past decade, Canada has hosted some of Nitro Circus’ biggest live moments, including a 2017 Calgary stop at McMahon Stadium. Now Nitro RX is fueling four-wheel competition with that same boundary-breaking passion as it takes thrilling spectacle to the next level.

Enthusiasts outside of Calgary can experience the excitement too. Nitro RX’s global broadcast will reach over 180 countries worldwide. In the U.S., where NBC is Nitro RX’s exclusive broadcast partner, Peacock livestreams every round of the 2022/23 season with additional highlight programming airing on CNBC.

Nitro RX Calgary is the penultimate round of Nitro RX’s 2022/23 calendar, setting the stage for Nitro RX’s highly-anticipated March season finale. It is the culmination of Nitro RX’s first global calendar, which kicked off in Europe, beginning in June with the U.K. series launch then a Sweden round in July. A return to America followed, starting in October with stops in Minneapolis and Los Angeles before hitting Phoenix last weekend. Next, after a holiday break, Nitro RX will resume in January at Quebec’s Grand Prix de Trois-Rivières prior to charging into Stampede Park.

Tourism Calgary is the presenting partner of Nitro RX Calgary. Tourism Calgary is the official destination marketing and development organization for Calgary’s tourism industry. Calgary is renowned for its vibrant energy and community spirit, and sport and cultural events are at the heart of it all. A long history of hosting excellence combined with deep-rooted partnerships and a continued focus on health and safety uniquely position Calgary to be the Ultimate Host City.