Keys For Succes At Bristol 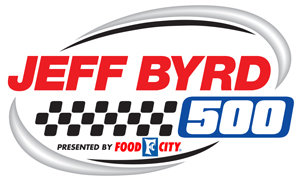 BRISTOL, Tenn., (March 19, 2011) – Each race weekend, select Dodge Motorsports engineers, Penske Racing crew chiefs, engineers, drivers or engine specialists give their insight on the ‘Keys for Success’ for the upcoming race. This week, the green flag drops at Bristol Motor Speedway and the Jeff Byrad 500 presented by Food City.

“A lot of things are key here a Bristol. With the track repave in 2007, it’s been a moving target. The track has changed a lot over the last couple of years as far as where the grip is. I think you will see the track widen out a lot more. I think guys will be all the way top to bottom tomorrow. I think the biggest variable now is the right-side tire change which everybody is talking about. Trying to predict how that’s going to work tomorrow is the important challenge today. All we can do is use that one set of tires during happy hour to get a good feel for what we need.

“Certainly roll in the middle and drive off is important, but I would say the entry can’t be forgotten. In an effort to get the car to turn better through the middle, a lot of guys get so free that their entry gets loose and then people can take advantage of you, push you up and get the lane on you.

“It’s only a 16-second lap, so everything is important. There’s not much down time for anything to not be right. It’s important to get a good run here. It can build some momentum for your team because everybody knows how hard it is to run well here. If you can come out of here with a good finish for points, you’ve dodged one of the big bullets you have to get by. Certainly, we’re focused on that with the No. 22 team, leading the points right now. We would like to leave here the sole leader of the points and not just tied for it.

“Brakes are important, but not as important as they’ve been here in the past. I think we’ve seen guys backing off on how much they use the brakes. A lot of that is more discipline from the drivers to enter easy, hard off. Everybody talks about over driving the corner and you’ll hear guys hitting the rev chip; we heard it in qualifying. That’s like a hammer to the head to tell them hey, lift the throttle because you’re about to overdrive the car and have too much speed on entry. I think you’ll notice guys backing off a little bit more and trying to slow down their entry: a) because they’re loose and they can’t go any faster, but b) to try to help that roll through the middle because you can be so much better pointed (on exit). Guys will try to stay off the brakes as much as they can. Typically, good cars here don’t use a lot of brakes. They just float it into the corners.

“It’s easier now to overcome a mistake on pit road than it was before, because there’s more side-by-side racing and opportunities to pass. Anytime you get in the back at Bristol, it’s a nightmare. Everybody will be focused on having smooth stops. I’d rather give one or two positions than have a catastrophic stop where you give up all your track position. Certainly, track position is key here. It’s so much easier to run up front. It’s easier on the car, driver and the team. We’ll focus on being mistake free on pit road.”