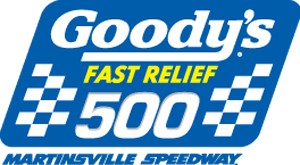 Mark Martin, Greg Biffle and Jamie McMurray will all be making historic starts in their careers.

Ironically Biffle and McMurray will both be celebrating their 300th NASCAR Sprint Cup Series starts. That is a pretty impressive number, until you take a look at Martin’s. In fact, he has more Cup races under his belt than Biffle and McMurray combined.

The 52-year-old Martin will be making his 800th NASCAR Sprint Cup career start at Martinsville in the Goody’s Fast Relief 500.

Martin has 40 wins in his Cup career, which began in 1981. He has two race wins at Martinsville, the 1992 Hanes 500 and the 2000 Goody’s 500. Coincidentally Martin’s first career top-five finish came at Martinsville on Sept. 27, 1981. He finished third behind Darrell Waltrip and Harry Gant.

The VMI Glee Club, which has been in existence since 1858, has entertained groups from coast-to-coast, singing for everything from gubernatorial inaugurations to the National Shrine in Washington, DC, to PGA Tournaments. Their version of the anthem is authentic and traditional.

The VMI Glee Club is made up of 30 cadets from all classes, academic majors and ROTC affiliations at the Virginia Military Institute in Lexington, VA. It is the oldest performing group at VMI.

FLYOVER REPEAT: The VFA-31 Tomcatters out of the Naval Air Station in Oceana, VA, are back for their second turn opening the Goody’s Fast Relief 500 with a flyover. Lieutenant Commander Kevin Robb and Lieutenant Dustin Packer put on quite the show from the pilot seats for their F/A-18E Super Hornets.

GRADING THE FLYOVER: The Tomcatters will have a set of experienced eyes watching them Sunday afternoon. Lieutenant General Jeffrey A. Remington, a three-star Air Force general, will be taking in a day at the race on Sunday.

Remington knows a thing or two about piloting a jet. He is a command general with over 4,100 hours flying mostly F-15s and F-16s.

FAMOUS ZIP CODE: Martinsville Speedway’s zip code is 24148, which is tied to Ridgeway, Va. You may spot someone this weekend from a more legendary zip code: 90210, which of course is tied to Beverly Hills. You remember the TV show: Beverly Hills 90210.

Jason Priestly, who played teen hunk Brandon Walsh on the 90s era TV show, is a racer and a race fan. He’s wanted to come to Martinsville Speedway for a lot of years. He will be here for race weekend, but in a low-key fashion, enjoying race from the infield.

TICKETS: Good seats remain for next Sunday’s Goody’s Fast Relief 500 and the speedway ticket office has plenty of options to allow easy ticket purchase right up until the start of the race.

Fans may call 877.RACE.TIX to purchase from 9 a.m. to 9 p.m. daily. Tickets may also be purchased online by visiting www.martinsvillespeedway.com. Fans may also opt for a print-at-home option when buying tickets.

The Martinsville Speedway ticket office is open from 9 a.m. to 5 p.m. every day this week for ticket purchases.