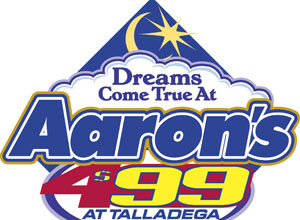 Roush Fenway on a Roll Heading Into Talladega

Coming off one of the most successful weekends in team history, Roush Fenway heads to Talladega Superspeedway for the second of four scheduled restrictor-plate races of the season.

Roush Fenway turned in one of strongest weekends in the organization’s history last weekend in Texas, sweeping both the Nationwide and Sprint Cup Series races, while winning both poles. The weekend saw a total of six Roush Fenway entries lead a combined 364 laps, while bringing home the first Ford Mustang win.

RickyvsTrevor.com, a new website launched by Roush Fenway Racing, promises to provide not only an inside glimpse of two of NASCAR’s fastest rising stars, but a behind the scenes look at the competitive nature that drives their racing success on the track. The site will feature ongoing competitions ranging from on-track performances to battles of brawn, brain, and maybe even a test of their musical abilities. Bayne’s Ford Mustang will highlight the site this weekend.