Kevin Harvick and the No. 29 Budweiser Chevrolet NHMS Advance 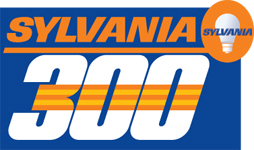 * In honor of Global Be(er) Responsible Day, a day of outreach to encourage alcohol responsibility and the use of designated drivers, Budweiser, Kevin Harvick and the No. 29 Richard Childress Racing team are helping spread the message with a special “Designate a Driver” paint scheme for this Sunday’s race at NHMS.

* On Friday, more than 1,500 Anheuser-Busch employees across the United States will join local wholesalers to encourage the use of designated drivers. In addition, adult fans can watch a video about Global Be(er) Responsible Day from Harvick on Budweiser’s Facebook page and they can also take the pledge to be, or use, a designated driver.

* The Bakersfield, Calif., native took over the lead in the Chase for the NASCAR Sprint Cup with his second-place finish in Monday’s race at Chicagoland Speedway. Harvick has earned four wins, eight top-five and 14 top-10 finishes so far this season.

* Harvick will be available to members of the media in the NHMS infield media center Friday, September 23 at 9:15 a.m.

* The No. 29 Budweiser Chevrolet team will race chassis No. 332 from the Richard Childress Racing NASCAR Sprint Cup Series (NSCS) stable. This is the same car he drove to Victory Lane at Martinsville Speedway in March and Richmond International Raceway (RIR) earlier this month. Harvick also racked up finishes of fourth at Phoenix International Raceway (2/27), 12th at RIR (4/30) and 21st at NHMS (7/17) in this No. 29 Chevrolet Impala.

* In last year’s SYLVANIA 300 at NHMS, Harvick started 27th and raced his way up to a fifth-place finish. In July’s race at the 1.058-mile track, he started 18th and finished 21st after battling handling issues and track position throughout the race.

* Harvick holds several impressive Loop Data statistics at NHMS leading into Sunday’s race, including: third in laps led (251); ninth in laps run in the top 15 (2,324); 10th in fastest laps run (133); 10th in green-flag speed; and 10th in driver rating (91.1). In addition to racing the No. 29 Budweiser Designated Driver Chevrolet in Sunday’s NSCS race, Harvick will also be at the wheel of the Kevin Harvick Inc. No. 2 JEGS Chevrolet in Camping World Truck Series competition on Saturday. Live NCWTS race coverage will air on SPEED at 3 p.m. ET. MRN Radio affiliates and Sirius XM NASCAR Radio will provide the radio broadcast of the event.

* For the online version of the Budweiser Racing media guide, please visit .

* Follow along each weekend with Harvick and the team on Twitter. Check out @KevinHarvick for behind-the-scenes information straight from the driver of the No. 29 Budweiser Chevrolet. Get live updates from the track each weekend from @Black29Car, the PR team for Harvick. Also, follow @RCRracing and @RCR29KHarvick for additional information about the Richard Childress Racing organization.

Kevin Harvick on racing at New Hampshire Motor Speedway and the Chase for the NASCAR Sprint Cup:

What is the key to running well at New Hampshire Motor Speedway? “The hardest thing is just making your car turn in the middle of the corner and being able to have enough forward drive up off. It always seems like the New Hampshire race comes down to a track position strategy call on two tires or four tires toward the end of the race. Track position will play a big part, but getting your car to handle right will probably play an equal part.”

What do you like about racing at New Hampshire Motor Speedway? “I always look forward to going to New Hampshire. I like that type of track because it’s flat, similar to the tracks out west where I started my racing career. There’s a lot of braking. You have to really work on getting your car through the center of the corner and still have the forward drive you need up off the corner.”

Do you feel any different about the Chase for the NASCAR Sprint Cup this year? “I feel good about where I’m at personally and professionally. I feel comfortable with a lot of the things and decisions that have been made. I feel comfortable with where the performance of the car has been the last few weeks, but look, everybody’s here to do one thing. There are 12 guys that want to win the championship. Everybody thinks everybody is out to get them and you have to focus on your own stuff. You have to focus on your own team. Right now, there are 500 people at RCR and that’s really the only thing I care about. We’re going to focus on our job and race as hard as we can and do what we have to do. We’ll take it one week at a time and one situation at a time and have fun with it.”

Banking in Corners: Variable at 2 and 7 degrees