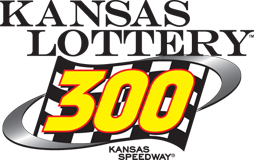 TELL US ABOUT YOUR RUN OUT THERE TODAY. YOU HAVE CHOPPED THE OWNERS POINTS LEAD DOWN TO SEVEN POINTS. “That is huge. That is the success story for us for the day, the owner’s points. Brad’s car was so fast. I knew after about 30 laps that unless something happened we were going to be racing pretty hard for second place. Fortunately there at the end I did get a chance to race with him a little bit. I am proud our guys finished the best we could and I am pretty excited about that owner’s championship. We have a bunch of wins this year and it would be nice to cap it off with a place at the table there in Homestead. That would be cool.”

WHAT WAS THE ISSUE YOU HAD ON PIT ROAD ON THE LAST STOP AND WHAT WAS THE RATIONALE FOR PICKING THE STALL YOU DID? “We didn’t really have an issue. For some reason Brad was running me down towards pit wall and I don’t know why he was doing that. I am not sure if he realized how fast his car was. He was kind of doing some funny stuff throughout the race like that. In my mind I thought he must have the pit stall before us. That was a little confusing because I didn’t know what he was doing. He might have been confused and thought his pit stall was earlier or something. We picked that pit stall based on a couple of things. First was the way the timing lines were laid out and second was that is the pit stall I am using tomorrow for the Cup race. Considering my little mistake I made last week I thought it might be good getting some practice getting out of my pit stall without speeding. And Mike Beam could have picked that first pit stall and I appreciate him taking the eighth one for us. As it stands I don’t think it made a difference in the outcome of the race, so that is good.”

I KNOW HOW MUCH YOU WANT TO WIN HERE, IS IT ANY EASIER NOT WINNING BY TWO SECONDS RATHER THAN TWO INCHES? “I would really like to win here. The thing that makes it easier is knowing we get to race tomorrow and I get another chance at it. It was fun to be able to race there at the end a little bit on that last restart. I had a little hope that maybe we could hold them off for awhile but as it ended up that was not the case. I guess I am just excited about tomorrow’s race. Second place is tough. I want to win here more than anything and second place is tough to swallow but hopefully we can do one better tomorrow.”

I THOUGHT THE MOST TELLING PART WAS HOW YOU AND BRAD BATTLED ON RESTARTS AND HOW HE DUSTED YOU WHEN HE TOOK YOUR LINE. “Telling as to what?”

IT SHOWED ME HIS CAR WAS SUPERIOR WHEN HE SWITCHED TO THE LINE YOU WERE USING. “The reason I cleared him on the one restart is because he was doing his best to get me black flagged. He lifted after he went to make sure I crossed the line first and then he let me clear him. I think he realized maybe they weren’t going to give me the black flag so he made sure to go back by. I thought that was pretty interesting. His car was very good. That is why I said after the race. If you guys could help me, just remind him when he starts complaining about our cars again like he does all the time, remind him of today because that was a spectacular car.”

YOU AND BRAD HAVE A LITTLE HISTORY AND HAVE BEEN DANCING AROUND IT TODAY. ARE YOU GETTING TIRED OF SEEING HIM LATE IN THESE RACES WITH SOME OF THE TACTICS THAT GO ON? “No. I think we raced pretty well. I just think today that he didn’t realize how fast his car was and I think he was maybe trying to just try every little trick he could to make sure he won. It is my opinion he didn’t have to do that. It was almost a little comical to watch a guy with that fast of a car trying to do all these little things that he didn’t need to do. Personally I have no problem. We shook hands and race well and it really was fun at the end of the race to get to race him a little bit. I had no clues on scuffed tires. That was frustrating to find out. But it was fun to get to race a little bit.”

I UNDERSTAND YOU ARE GOING TO BE KICKING SOME FIELD GOALS TUESDAY IN MIAMI. TELL ME ABOUT YOUR KICKING BACKGROUND. “I am kicking three field goals for, I think they are Ford Focus’s. There are three folks and I get three field goal attempts and then each one I make someone gets a free car. I hope I can do well.”

WHAT’S YOUR BACKGROUND KICKING FIELD GOALS? “I don’t have much background and I haven’t practiced at all. I have heard it is from the 20-yard line. Is that a difficult field goal to make? You never know. A blind squirrel finds a nut now and again. I might be up at the high school Monday practicing. I am a little nervous about it because I know how those things go. Somebody is going to be really excited or really disappointed. I hope that they are excited. They only told me about this like two days ago, so I haven’t had any time to practice.”

DID YOU GET SOMETHING OUT OF TODAY THAT CAN HELP YOU FOR TOMORROW? “I hope so. I saw some guys running different lines like Elliott was running a different line and I learned a little bit about the tire and the race track and having that pit stall was good practice to get in and out of that pit stall. I think it will help me for tomorrow.”

WHEN A GUY HAS A CAR THAT FAST, WHAT IS YOUR MENTALITY? AT SOME POINT DO YOU TIP YOUR CAP? “You guys remember Iowa with Ricky. If I had been paying a little more attention and focusing harder I might have won that race. Nobody expected him to blow up off of turn four. No offense Brad, he just walked in, but I was really hoping for something like that to happen and I was going as fast as I could. That was the only hope. If they had a flat tire or ran out of fuel or had some sort of trouble. You always go as hard as you can to the end because you never know what can happen in racing.”