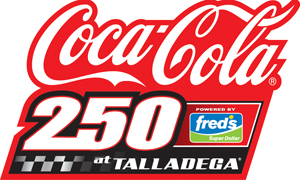 JOHANNA LONG, No. 20 Panhandle Grading & Paving Tundra, Panhandle Motorsports Starting Position: 8th How was your lap today? “It was really good. The guys put a really good truck together. The truck we’ve got wrecked out at Daytona and it ran really fast, so we brought it back this time and it showed the same speed. I’m really happy about it.”

DAVID STARR, No. 81 Zachry / NCCER / ASI Limited Tundra, SS Green Light Racing Starting Position: 13th How was your lap today? “Our Zachry Toyota Tundra was pretty awesome. It drafted well today in practice and could go to the back of the pack and drive up to the front. Qualifying, it is what it is. Here we don’t put a lot of emphasis on qualifying. We knew we weren’t going to be on the pole or qualify in the top-five, but we just wanted a decent starting spot. It’s just a great track. The fans around here are awesome. No matter where you start, after a lap or two you could be leading the race if the draft works for you.”

TIMOTHY PETERS, No. 17 NTB / Service Central, Red Horse Racing Starting Position: 15th How was your lap? “We have a really good NTB Service Central Toyota Tundra for this weekend. We actually picked up from what we ran in practice on single truck runs so I’m pretty happy with it. I hope that gets us a top-15 starting spot and I think we are going to draft well.”

How did your truck handle in the draft during practice? “We waited until the end of practice to see how our Tundra was drafting and Butch Hylton (crew chief) and all the guys at Red Horse Racing back at the shop have really been working hard on this truck from Daytona. It drafted really well. When we were by ourselves, it wasn’t as good as we wanted to be, but it drafts good. We just have to be patient and hopefully we can miss the big one and be patiently aggressive.”

Can you have a plan for the end of this Truck race? “You don’t ever have a plan for anything. You just have to make it to the end of the race and if you can make it through the tri-oval on that last lap then it’s anybody’s game. Last year was certainly an exciting race and we were really proud to bring home this No. 18 Tundra first. Here we are this year with the same truck and looking for the same result. We’ve got Toyota Certified Used Vehicles on there and really excited about those guys and they are bringing out a whole group of people tomorrow to watch us run this Truck race. We’ll see if we can’t make it three in a row.”

JOSH RICHARDS, No. 51 Joy Mining Machinery Tundra, Kyle Busch Motorsports Starting Position: 22nd How was your Tundra today? “It feels really stable. These guys have done a great job preparing this truck and getting it ready. Didn’t get a ton of practice today. Learned a lot though and excited to get out there.”

What can you learn from your fellow competitors? “Right now, I guess I’m a kind of little on the outs a little bit, just because I’m new to the truck thing. I know quite a bit of the drivers and everything and, which definitely helps and get as much feedback as I can from Kyle (Busch) and from a lot of other drivers that I know and I’m just going to try and finish the race.”

How different is this from your dirt tracking background? “It’s about as far different as you can get, I guess. It’s way more intense mentally. Our deals way more physical. You’re physical out of breathe when you’re done riding a Late Model. These things your mind is just mentally exhausted just because it takes so much focus to come to a track, especially like this. There’s so much stuff going on around you. One little slip and it can cause a big wreck or something. I love it though. It’s a new challenge and I just love to race and try to win races, so it doesn’t matter what it’s in. That’s what I love to do, so if we can transfer that over, it would be great.”

MAX PAPIS, No. 9 GEICO Tundra, Germain Racing Starting Position: 23rd How was qualifying today? “It was really, really good in terms of smoothness. The engine was really good. We had a really similar amount of RPM that we had this morning. I knew we were not going to be super quick, but I thought we would be a little bit better than that.”

MIGUEL PALUDO, No. 7 Stop Diabetes Tundra, Red Horse Racing Starting Position: 24th How was your lap today? “We hoped it would be a little bit better. Nothing you can, so we will see how it plays out, but we needed a little bit more speed. Let’s see tomorrow if we can draft and if it will be better tomorrow. Let’s wait.”

TODD BODINE, No. 5, NTB / Service Central Tundra, Randy Moss Motorsports Starting Position: 25th How was your lap? “The good thing about Talladega is you can work your way to the front. We’ve got a great truck in the draft.”

BRENDAN GAUGHAN, No. 62 South Point Hotel & Casino Tundra, Germain Racing Starting Position: 29th How was your qualifying lap? “The big joke is the most exciting two and a half laps in racing. It’s just qualifying at Talladega. This is more for the go-or- go-homers to see who makes the show and who doesn’t. It’s not all that exciting in qualifying. Buddy Baker taught me to take it serious, that you can gain or lose time, but as far as we’re off as far as pole speeds go, there’s nothing I’m doing in there. It’s just hold it to the floor, keep it on the yellow line, don’t screw with the wheel too much and our Tundra will race. It’s not going to qualify here.”

What are your thoughts as your prepare for a Talladega race? “Normally, what we are trying to do is figure out who were — we’re lucky at the Germain team that we have three Toyotas out there that we can use as teammates to help push and you’re normally tying to talk to who you want to work with, who you don’t want to work with making some strategy calls. Talladega is all about trying the strategy and, fortunately, with Toyota drivers like Kyle Busch, Todd Bodine and myself, you’re not lacking for a teammate to try to get a push from.”