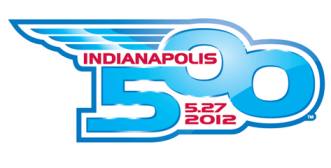 [/media-credit]INDIANAPOLIS, Wednesday, May 2, 2012 – Beloved actor-entertainer Jim Nabors will not attend the 96th Indianapolis 500 due to heart-valve replacement surgery scheduled for MemorialDay weekend, but he will continue his tradition of singing “(Back Home Again in) Indiana” during pre-race ceremonies.

“I am very disappointed that I will not be at this year’s Indianapolis 500,” Nabors said. “I have attended nearly 40 races and been honored to sing ‘Back Home Again.’ There is no place I would rather be on Memorial Day weekend than with my family of Indianapolis 500 fans. I am looking forward to returning and singing in person once again in 2013.”

Nabors has performed “(Back Home Again in) Indiana” during pre-race ceremonies 33 times since 1972, creating an indelible pre-race tradition. He has sung every year since 1987 except for 2007, when he missed the race due to illness.

“The Indianapolis Motor Speedway is disappointed to confirm that Jim Nabors will not be able to attend the 2012 Indianapolis 500 and perform his much cherished version of ‘(Back Home Again in) Indiana,’” said Jeff Belskus, IMS president and chief executive officer. “Jim’s performance and appearance have been a tradition at the Indianapolis 500 and one that our fans worldwide have embraced. For a moment, Jim is able to make everyone, no matter where they live or where they are from, feel as if they are Hoosiers.

“On behalf of IMS and our fans, we offer our prayers and best wishes to Jim for a speedy recovery and are looking forward to his return to the Indianapolis 500 next year.”

Race Day ticket prices start at just $30. Fans can buy tickets online at www.imstix.com, by calling the IMS ticket office at (317) 492-6700, or (800) 822-INDY outside the Indianapolis area, or by visiting the ticket office at the IMS Administration Building at the corner of Georgetown Road and 16th Street between 8 a.m.-5 p.m. (ET) Monday-Friday.

Official Release
Previous articleHOORAHS AND WAZZUPS: RICHMOND WAS A UNIQUE BLEND OF ENTERTAINING AND CONFUSING
Next articleKyle Busch begins climb through standings, calm and focused