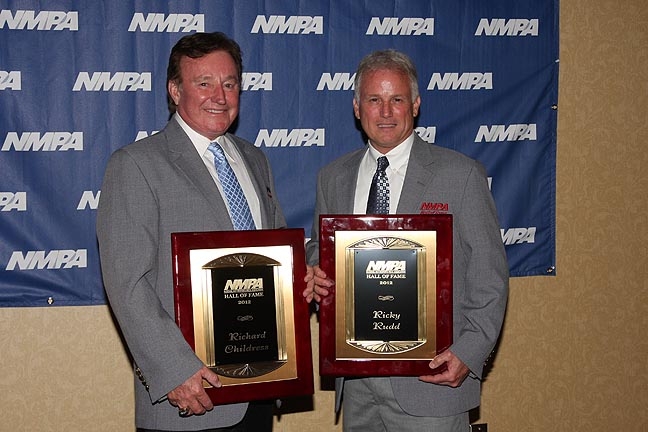 The 14-time championship-winning team owner was inducted along with former NASCAR driver Ricky Rudd. Rudd took RCR to its first NASCAR Sprint Cup Series victory, in 1983 at Riverside (Calif.) International Raceway. It was the second hall of fame ceremony in the past two weeks for Childress, who was inducted May 3 into the International Motorsports Hall of Fame on the grounds of Talladega (Ala.) Superspeedway.

“It’s is a great honor for me to carry the banner for all of the talented people who have made RCR what it’s become over the past 40-plus years,” said Childress, president and CEO of Richard Childress Racing. “To go into the National Motorsports Press Association with Ricky Rudd is very special for me personally because of his important contributions to both RCR and the sport of NASCAR racing as a whole. I had a dream as a kid of winning races and championships but I never thought it would take me to the places it has in my life.”

The National Motorsports Press Association Hall of Fame is located on the grounds of Darlington (S.C.) Raceway. The inaugural class was inducted in 1965 which has become a Who’s Who in the world of NASCAR. Childress and Rudd were the 79th and 80th inductees.