PRESS CONTINUES AT WATKINS GLEN FOR NO. 24 TEAM 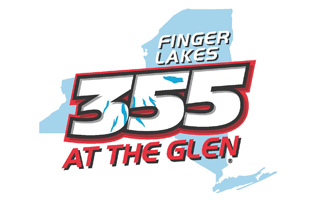 With his victory at Pocono last Sunday, Gordon moved into the final wildcard spot for the “Chase for the NASCAR Sprint Cup.” But the four-time Watkins Glen International winner knows the No. 24 Drive To End Hunger team must continue to press while the pressure is on.

“(The Pocono win) only puts more pressure on us over these next several weeks, but we’re ready for the challenge,” said Gordon, who has moved from 22nd in the point standings to 13th on the heels of seven consecutive finishes of 12th or better. “With all we’ve been through this year and this team staying together while not pointing fingers, we knew if we could get to Victory Lane it would make us stronger.

“We’ve put together a string of good runs and finishes, but we have to keep fighting for wins. I don’t know if one win will be good enough to secure a wildcard spot.”

This Sunday’s Finger Lakes 355 at The Glen marks Gordon’s 20th start at the 2.45-mile track. Along with four wins, the four-time NASCAR Cup Series champion has two poles, six top-fives and nine top-10’s at the New York track. But he has not experienced good results recently, something he believes can change Sunday.

“We’ve not run very well at Watkins Glen in recent years and it’s been very disappointing to me and the team,” said Gordon, the all-time leader in NASCAR Sprint Cup road course victories with nine. “But I’m optimistic because I felt we made big improvements at Sonoma. We tested at Road Atlanta before that race, and I think it’s a better track for Watkins Glen than it is for Sonoma.

“But we won’t really know until we get on the track.

“I always love the road courses and Watkins Glen is always one of my favorites. It’s a fast road course and you’ve got to have grip and comfort in that car through the esses and the high speed corners. You’ve got to attack the race track in the braking zones, and the car has got to be there for you and stick.

“Recently, though, I just feel like we’ve been missing a little something here.”

Something Gordon hopes to find on the way to Victory Lane Sunday.