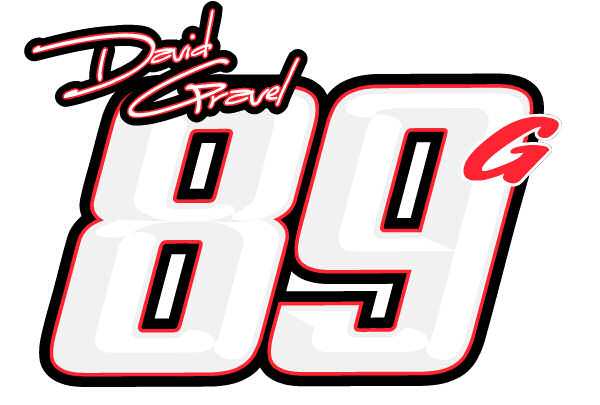 Watertown, Conn.—Sept. 16, 2012 — David Gravel and his DDR Motorsports team have put a lot of focus on consistency this year. That was the game plan again this past weekend in the two-night Jim Ford Classic at Fremont Speedway in Ohio. Gravel was fast right out of the box in time trials both nights, as he has become accustomed to this season. The 20-year-old finished on the podium in the opener of the two-night event to continue a recent hot streak. Faced with a trip to the B-main in the weekend finale on Saturday night, Gravel didn’t flinch, racing his way into the A-Feature, where he would eventually finish ninth.

Gravel was seventh-fastest in time trials in the opener of the Jim Ford Classic weekend on Friday, Sept. 14 at Fremont. He lined up fourth in the first 10-lap heat race and finished in that same position to earn a spot in the dash. The native of Watertown, Conn., took the green flag for the six-lap dash in fifth and finished in that same position, which put him on the inside of the third row for the 30-lap main event. He ran among the lead pack for the duration of the 30-lap contest, coming home in third.

“That was a great finish for us on Friday night,” said Gravel. “We’re usually pretty fast at Fremont, and then have some bad luck in the heat race or feature. To put a complete night together and finish on the podium felt pretty good. Qualifying in the right spot and making it in the dash is so big, and we were able to do that on Friday night, which helped a ton.”

Gravel took to the grid in the 13th spot and worked his way forward over the course of the 50-lap grind on the tight one-third-mile bullring to finish in the ninth spot. For Gravel, it marked his eighth straight Top-10 finish with the UNOH All Star Circuit of Champions and 28th overall Top-10 with the series in 2012.

Gravel has made six starts at Fremont Speedway this season, including a pair of 50-lap main events, in which he has finished ninth in both. His third-place finish on Friday, Sept. 14 in the opener of the Jim Ford Classic marked his best showing of the season at the short track in Northern Ohio.

Gravel, who is currently third in the standings with the UNOH All Star Circuit of Champions, returns to action next weekend with a pair of races with the World of Outlaws. On Friday, Sept. 21, he’ll take to the track at the famed Eldora Speedway in Ohio, for the opener of the 4 Crown Nationals weekend. He’ll then head to Western Pennsylvania on Saturday, Sept. 22 for the Commonwealth Clash at Lernerville Speedway in Sarver.

“It’s been a while since we’ve raced with the Outlaws, so I’m really looking forward to this coming weekend,” said Gravel. “We’ve been fast at Eldora in time trials all year and have one Top-Five there this year. We have a couple of races left this year at Eldora, and we’ll do everything we can to be up front and in contention for a win. We’ve run strong at Lernerville as well this year, and that’s always a fun track to go to.”