NASCAR Camping World Truck Series Returning to The Rock In 2013 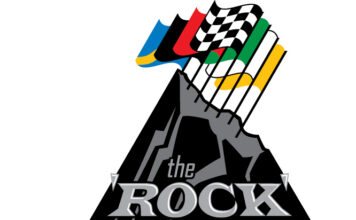 [/media-credit]Rockingham, N.C. (September 26, 2012) – After staging the most talked-about event of the 2012 NASCAR season to date, Rockingham Speedway President Andy Hillenburg made it official today; confirming that the NASCAR Camping World Truck Series will return to “The Rock” on April 12-14, 2013.

Kasey Kahne celebrates in victory lane after winning the inaugural NCWTS race at Rockingham last April. “We got our report card from NASCAR, and it looks like we got an A+,” said Hillenburg of NASCAR’s April return to Rockingham for the first time since 2004. Sprint Cup Series star Kasey Kahne topped an all-star field of Camping World Truck Series regulars to win the Good Sam Roadside Assistance Carolina 200 presented by Cheerwine, in front of a large and enthusiastic crowd of race fans.

“Fans, drivers, teams; everyone embraced our 2012 event,” said Hillenburg. “I’m happy to announce that with their help, we’ll do it again in 2013; bigger and better than ever before.”

Tickets are already on sale, with adult tickets ranging from $20 to $35 and kids age 12 and under half-price. Reserve your seats now by calling the Rockingham Speedway ticket office at (910) 205-8800, or online at www.rockinghamspeedway.com. Ticket renewals are available through November 20, 2012.

“It’s been a long road back since we bought this race track in 2007,” said Hillenburg. “There were a few times along the way where I wasn’t sure we were going to make it. But when I looked up in the grandstands during driver introductions in April, it made me extremely proud. That was a very important day in the history of Rockingham Speedway, but it was just one step on the road. We’re moving forward, and I look forward to packing the grandstands again next April.

Before the NASCAR Camping World Truck Series returns to Rockingham, the track rounds out its 2012 season with the Classic 3 Championship on November 2-3, 2012. The event will feature the NASCAR K&N Pro Series East, UARA-STARS Late Models and Frank Kimmel Street Stock Nationals.