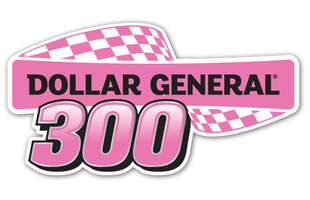 MOORESVILLE, N.C. (October 11, 2012) – Today, Turner Motorsports’ marketing partner and sponsor of the No. 31 Chevrolet driven by Justin Allgaier, BRANDT, announced the formation of The BRANDT Foundation to organize the company’s charitable giving. The launch of the Foundation will be celebrated this weekend at Charlotte Motor Speedway with Allgaier driving a pink No. 31 Chevy in the NASCAR Nationwide Series race on Friday night.

“BRANDT has always tried to be a generous company and we believe in doing well by doing good,” said Rick Brandt, President & CEO of BRANDT. “But our giving has never been well organized. The BRANDT Foundation will enable us to be more strategic with our giving so that we can stretch our dollars to positively affect more people.”

The Foundation’s mission is focused on helping the nationwide communities in which BRANDT operates.

The BRANDT Foundation will be a private foundation, funded initially by donations from BRANDT Consolidated, Inc. and BRANDT employees. Beneficiaries will be determined by The Foundation’s trustees.

About The BRANDT Foundation

The BRANDT Foundation is the charitable giving arm of BRANDT Consolidated, Inc. A leading agricultural company, BRANDT consists of three divisions-Specialty Formulations, Retail Agronomy and Dealer Support-serving growers around the globe. Founded in 1953 by Glen Brandt and his sister Evelyn Brandt Thomas to help Illinois farmers adopt new and profitable technologies, the company has experienced aggressive growth under the leadership of President and CEO Rick Brandt. BRANDT’s focus is providing the products and services that give growers the best opportunity for maximum return while building a stronger, healthier and more abundant food supply. For more information about BRANDT, visit the company on the web at: www.brandt.co.