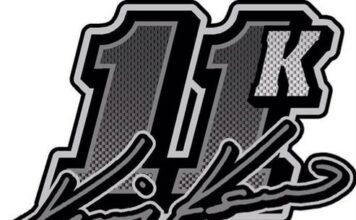 BLOOMINGTON, Ind.—June 12, 2013— When it comes to historic half-mile dirt tracks in the Upper Midwest, two venues quickly come to mind — Knoxville Raceway in Iowa and Jackson Speedway in Minnesota. Kraig Kinser knows both tracks very well and has had success at each during his career with the World of Outlaws STP Sprint Car Series. He’ll return to the pair of tradition-laden venues this weekend as series opens a four-race stretch in the Upper Midwest.

Kinser will take to the track at Jackson Speedway on Friday, June 14, for the Eyecon Trail Cameras Presents the Big Game Shootout, followed by his second visit of the season to Knoxville Raceway on Saturday, June 15 for the Mediacom Shootout. Each event will encompass a full racing program, capped with $10,000-to-win features.

The native of Bloomington, Ind., has made three starts in his career Jackson Speedway. He made his debut at the half-mile in 2004, finishing second, after starting on the pole. He most recently raced at the track in 2010, finishing 11th. Kinser, who has made one start in the state of Minnesota already this year, finishing 15th at Elko Speedway, has one career win in the “Land of 10,000 Lakes,” with that coming in 2008 in his first-ever start at North Central Speedway in Brainerd.

“A lot has changed since the last time we raced at Jackson, so that should put everyone on a pretty equal playing field,” said Kinser. “That’s one of those places where track position is pretty important, especially being in clean air with the speeds you reach there. We’ve been working hard on our qualifying package this week and hopefully we can time in near the front and start up front in a heat and work our way into the dash.”

Last month at Knoxville, Kinser finished 13th, after lining up 21st. He was 26th-fastest in time trials with a season-high 51 cars in attendance. He finished fourth in the first heat race to transfer to the main event. The third-generation driver has two career wins at Knoxville, with both of those coming in 2005, including claiming the Knoxville Nationals that year.

“Knoxville was very racy last time we were there,” he noted. “We made up quite a few spots in the feature and so did a few other guys. We had the car working pretty good in the feature and we able to move around. There will probably be quite a few cars there again this time, so that will put a premium on qualifying, and that really seems to be the case just about every race nowadays.”

With 31 races in the books this season, Kinser is currently 11th in the World of Outlaws STP Sprint Car Series championship standings. He has one win, along with 14 top-10 finishes, with four of those being top-five performances.

“It was good to get three races in last week and to have a little extra time to work on stuff this week doesn’t hurt either,” Kinser stated. “The next couple weeks we’ll just have weekend races and as a driver those are the week’s that can be the toughest, as you want to be out there racing every night. We’ll make the most of the time between the races and keep tweaking things.”

Keep up with all the action
For the latest news on Kraig Kinser, visit http://www.kraigkinser.com and follow Kraig on Twitter at http://twitter.com/kraigkinser11k and receive live updates from the track each and every race night.