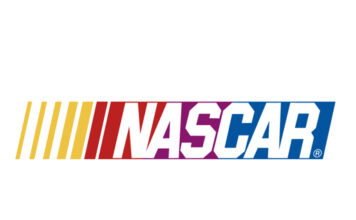 >DAYTONA BEACH, Fla. (Nov. 27, 2013) – In a strategic move designed to expand its commitment to enhancing event experiences and fan engagement, as well as solidify the future of one of the premier racing and entertainment facilities in the Midwest, NASCAR announced today that it has purchased Iowa Speedway. The agreement, finalized today under a wholly-owned subsidiary, Iowa Speedway, LLC, is effective immediately.

“Iowa Speedway is a great entertainment facility with a very bright future,” said Eric Nyquist, NASCAR vice president, strategic development. “The facility has the support of the region, it’s positioned well in the heart of the Midwest, and year in and year out it provides great short-track racing action for motorsports fans.

“NASCAR ownership will allow us to draw on the entire resources of our company. It also provides us with the opportunity to execute first-hand a number of entertainment ideas and engagement opportunities with fans – much of which we have outlined repeatedly as the core of our Industry Action Plan.”

The facility, located 30 miles east of Des Moines in Newton, features a fast, .875-mile asphalt paved tri-oval designed by NASCAR Hall of Famer Rusty Wallace. The Speedway released its 2014 schedule earlier this month, encompassing three weekends, one each in May, July and August. The schedule will include two NASCAR Nationwide Series races, a combination NASCAR Camping World Truck Series and IndyCar Series weekend, plus two additional NASCAR K&N Pro Series support races. NASCAR has no plans for Iowa Speedway to host a NASCAR Sprint Cup Series race next year or in the immediate future.

NASCAR will host a special event in Des Moines on Thursday, Dec. 12, to outline additional details on the purchase and plans for the future. Information on this event will be announced soon.

The 2014 Iowa Speedway season opens May 17-18, with the NASCAR K&N Pro Series East versus West Challenge on Saturday night. The stars and cars of the NASCAR Nationwide Series then will battle on Sunday in a 250-lap, high-speed contest. The race marks the only Sunday afternoon event of the season at Iowa Speedway.

On Friday, Aug. 1, a second NASCAR K&N Pro Series East versus West challenge race will be held followed by a second NASCAR Nationwide Series 250-lap event on Saturday under the lights.

Season ticket holders may renew their tickets for the 2014 season, and will have an exclusive right to secure their current seats until Dec. 14. All other seats are available for purchase immediately, with season ticket prices starting at $95. All season tickets will include a guaranteed seat location, complimentary Casey’s Fan Walk pass and an opportunity to participate in pre-race ceremonies. Season tickets, parking passes and onsite camping options are available online at www.iowaspeedway.com, or by calling the toll-free ticketing hotline, 866-RUSTY-GO (787-8946).

Iowa Speedway’s ticketing office, located at 3333 Rusty Wallace Drive in Newton, also will be open to assist customers from 9 a.m. to 5 p.m. Monday through Friday and 9 a.m. to 3 p.m. Saturday, holidays excepted.

Iowa Speedway, a state-of-the-art motorsports and entertainment facility, is located 30 miles east of Des Moines at I-80 Exit 168 in Newton, Iowa. The track was designed by NASCAR Hall of Famer Rusty Wallace, now an anchor and analyst for ESPN. Call 1-866-RUSTY-GO, or visit www.iowaspeedway.com to learn more.