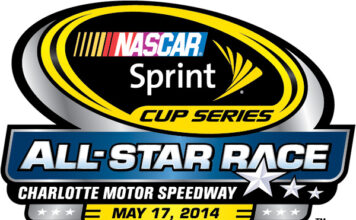 o   The driver of the No. 17 Building for America’s Bravest Ford will try to race his way in to Saturday night’s All-Star race this Friday night in the Sprint Showdown.

o   If he doesn’t race his way in, then he will rely on the fan vote to get in to the All-Star race.

o   After fighting for a transfer spot in the Sprint Showdown, Ricky Stenhouse Jr. made his Sprint All-Star race debut in the 90-lap shootout with two million dollars on the line. After contact with the No. 55 in the second 20-lap segment, the two-time Nationwide Champion bullied his way through the field to earn a 16th-place finish in the final 10 lap segment.

o   Chassis RK-893 is the same chassis that the No. 17 team ran in Fontana finishing 34th after suffering two blown tires in the final 15 laps.

o   Stenhouse’s No. 17 Sprint Cup Ford Fusion will run a special paint scheme in the Sprint Cup Showdown. The partnership will help raise awareness to build a smart home for Tom McRae, a Marine Gunnery Sgt. who served three tours of duty in Iraq before suffering life altering injuries while on his second deployment in Afghanistan.

“The Sprint Showdown and the All-Star race are two of the best races of the year. We raced our way in last year, so I feel confident that we can race our way in again. We have a special tribute on our car so it would be great to get the Building for America’s Bravest Ford into the All-Star race on Saturday to help support the smart home being built for Tom McRae.”

“Everyone wants to win at Charlotte since it is in our backyard. Ricky was able to race his way into the All-Star race last year so he knows what needs to be done to get in the big show. It would be great to race our way in on Friday night so we can race in front of all of our family and friends on Saturday for the big prize.”