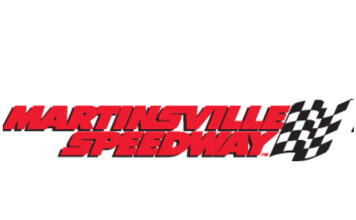 MARTINSVILLE, Va. (Aug. 27, 2014) – Martinsville Speedway’s position as the first race in the Eliminator Round of the Chase for the Sprint Cup has the track’s most successful drivers understanding the importance of the Goody’s® Headache Relief Shot® 500.

Jeff Gordon and Jimmie Johnson, who lead all active drivers with eight Martinsville wins apiece, spent the past two days testing at the iconic half-mile speedway. The two were joined by their Hendrick Motorsports teammates, Dale Earnhardt Jr. and Kasey Kahne.

NASCAR changed the format for the Chase for the Sprint Cup in 2014 by expanding the field of drivers from 12 to 16 and eliminating four drivers every three races. Martinsville is the first race of the Eliminator Round, the final round before the season finale. The winner of the Goody’s® Headache Relief Shot® 500 will automatically qualify for a spot in the Championship Round.

“You want to give yourself every opportunity to win at every race that’s in the Chase to guarantee yourself moving forward,” said Gordon. “We know that Martinsville is a great track for us. I think all of Hendrick Motorsports understands that we’ve had great success here and we have confidence here and we can run really well here, and it’s important. It’s in the Chase.”

Hendrick Motorsports’ 21 wins at Martinsville Speedway are the most wins all-time by a team. Even with history on their side, the Hendrick drivers know there is always room to improve.

“We haven’t tested here in a long, long time, so as a group we kind of sat in a room and raised our hands as to what tracks in the Chase we wanted to test at and the majority wanted to come to Martinsville,” said Johnson.  “We’re not reinventing the wheel while we’re here, but we’re certainly learning a lot and are hopeful to strike when we come back in the Chase.”

Both Johnson and Gordon, along with Earnhardt Jr., have already clinched spots in this year’s Chase for the Sprint Cup.