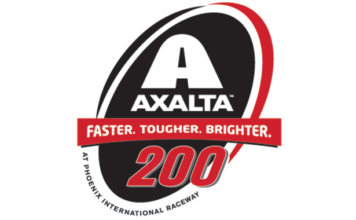 JJ will be making his 11th NASCAR XFINITY Series start at the Phoenix International Raceway to go along with his 12 starts in the NASCAR Sprint Cup Series and one start in the NASCAR Camping World Truck Series at the track.  Yeley has three top-10 finishes in XFINITY Series competition along with a best finish of sixth which came during the 2006 event.

Yeley made his mark at Phoenix International Raceway in the prestigious Copper World Classic, where he scored back-to-back wins in 2004 and 2005 driving a USAC Midget. Those races were just two of the 11 United States Auto Club events Yeley has competed in at Phoenix.  He also made his first Indy Car start at the track in the desert in 1998.

A native of the Phoenix, Arizona area – JJ always enjoys the chance to come back home and race.

“It is always special to be able to come home to Phoenix and race at the top level of the sport.  I grew up coming to the Phoenix track and dreaming of someday being able to race in NASCAR at the track and I am fortunate to be able to just that.  It is always good to see family and friends and we want to put a great show on for them this week.  I appreciate all of the  support I get when racing in Phoenix and look forward to having a great run for all of them.”

“Obviously with this being my home track it is special.  This JGL Racing team has been working hard and giving me solid Toyota’s each race out.  We are getting better right off the truck each week which is an important part of our growth and improvement.  The track at Phoenix is fun as it is like a short track but with the high speeds of a speedway.  With each end of the track being so different it is very important to unload close and fine tune the set- up of your car during the practice session.  I am confident we will do just that and get this JGL Racing team another solid finish.”

“I remember going to the Copper World races at PIR when I was seven or eight years old with buddies who I raced go-carts with. Playing in the infield, which was still desert-like with cactuses, sand, etc. We did a lot of bike riding and made race tracks out of the sand. It just makes Phoenix feel more like home.”

Official Release
Previous articleJimmie Johnson Jogs A Lap Around Martinsville Speedway With Students
Next articleHot 20 – Hello Phoenix, here’s a song that we’re singin’…come on, get Happy