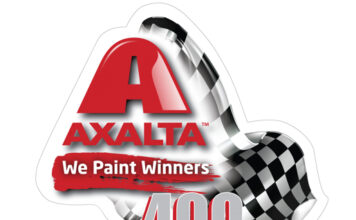 Annett’s Third Race at the Track with Three Corners…The triangle-shaped Pocono Raceway, a 2.5-mile track, hosts the next event on the 2015 NASCAR Sprint Cup Series schedule. For Michael Annett, driver of the No. 46 Sherwin-Williams Chevrolet, what will be his third career start, in any series, at the facility offers an opportunity to add to his budding stat line.

Annett at Pocono…Annett’s only two starts at Pocono Raceway came last year, in his rookie Cup Series season. He corralled finishes of 20th in the June race and 22nd in August’s event.

Sherwin-Williams on the No. 46…Sherwin-Williams, the nation’s largest retailer of paint and paint supplies and the “Official Paint of NASCAR,” will adorn Annett’s No. 46 Chevrolet this weekend.

“Restarts are extremely important there. You have that big, wide front stretch that allows for passing, but for the majority of the race, cars are so spread out that you can’t get a lot of passing done. So restarts are the time to do it. We’ll try to take advantage of them this weekend.”

Get Up to Date on Michael Annett…Follow Annett on his very own Twitter and Facebook accounts and get live updates from the track by following @TeamHSM46 on Twitter. For a detailed bio and updated in-season statistics, please visit www.michaelannett.com.