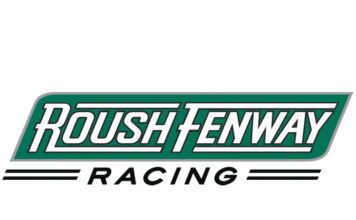 Roush Fenway Racing returns to the land of the Ewing and Barnes family this weekend as the NASCAR Sprint Cup Series (NSCS) prepares to race under the Amarillo Sky this weekend at Texas Motor Speedway, a track that has seen a Roush Fenway Ford visit victory lane 18 times across NASCAR’s three major touring series.

Roush Fenway won both the first NSCS (Jeff Burton) and NASCAR XFINITY Series (Mark Martin) races at Texas in 1997. Burton began the afternoon from the fifth position and led 60 laps en route to the inaugural victory.

Roush Fenway has earned nine NSCS victories at Texas, dating back to the inaugural event in 1997. Former drivers Burton, Martin, Matt Kenseth and Carl Edwards, along with current driver Greg Biffle, have captured the checkered flag in the Lonestar State.

Edwards swept the 2008 NSCS races for Roush Fenway at Texas, leading a total of 335 laps in the two events. He is one of only two drivers to win both NSCS events at Texas in the same year.

Roush Fenway has started 123 NSCS races at Texas, recording a total of nine victories, 38 top-five finishes, 59 top-10 finishes, an average finish of 14.9 and has led 2,502 laps. Biffle earned Roush Fenway’s most recent victory at Texas in the April 2012 event.

Roush Fenway has earned eight victories, 26 top-five finishes, 45 top-10 finishes and an average finish of 13 at Texas in the XFINITY Series. Roush Fenway won three of the first four races at the 1.5-mile oval and looks to make it nine overall on Saturday.

Based on the strength of Roush Fenway’s numerous accomplishments at Texas, team owner Jack Roush was inducted into the Texas Motor Sports Hall of Fame in 2013.