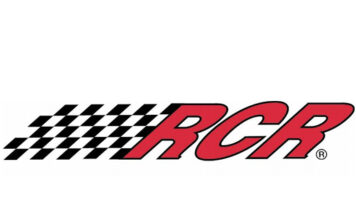 The Format … The season-opening 75-lap Sprint Unlimited at Daytona International Speedway consists of two segments with a competition caution at lap 25 separating the segments in the non-points event. Select fans will be paired with each crew chief for a random drawing to determine each team’s starting and pit road positions. The drawings will take place on Friday, February 12 at the FDOT Main Stage inside the Sprint FANZONE beginning at 3:30 p.m. Eastern Time.

Catch the Action … Flag-to-flag coverage of the Sprint Unlimited will be televised live Saturday, February 13, beginning at 8 p.m. Eastern Time on FOX and will be broadcast worldwide on the Motor Racing Network and Sirius XM Satellite Radio Channel 90.

This Week’s Dow Chevrolet at Daytona International Speedway … Austin Dillon will pilot Chassis No. 440 in the Sprint Unlimited at Daytona International Speedway. This is the same Chevrolet SS that Dillon raced at Talladega Superspeedway in May 2015, finishing 15th after starting fifth, and in the 2014 Daytona 500, where Dillon finished ninth after starting from the pole position.

Dow Delivers Solutions at the Intersection of Science and Markets … Working closely with their customers, Dow delivers products and solutions that create value and competitive advantage while positively impacting the world we live in. Collectively, their efforts have lasting results, creating higher performance for their customers and reshaping the world around us to build a better future for everyone.

What are your thoughts heading into your second Sprint Unlimited?

“My team and I are ready for the 2016 NASCAR Sprint Cup Series season to start. We’re heading into the Sprint Unlimited with the mindset that we’re going to win. It’s a really cool race with a lot of prestige and I enjoyed last year’s event. It’s a fan’s race. It’s a race that’s fun for the fans to watch and fun for the drivers to race in.”

Is superspeedway racing your favorite?

“Speedway racing is interesting, for sure, but I don’t think I would categorize it as my favorite. It’s intense. It’s very mentally intense. I think the thing that makes speedway racing not my favorite is that there are elements that are not in your control as a driver. You’re running so close to the edge for so long and any little move by someone else can ruin your day. That feeling of not being in control is not necessarily my favorite. I enjoy speedway racing but I think personally, I prefer racing at mile-and-a-half tracks where you have more control of your destiny.”

This Week’s PEAK / Menards Chevrolet at Daytona International Speedway … Menard will pilot chassis No. 496 in the Sprint Unlimited on Saturday evening. This Chevrolet SS is brand new to the Richard Childress Racing stable.

About PEAK … PEAK’s parent company, Old World Industries, is an independent, family-owned business that has been a leader in the development and distribution of high-quality automotive products for over four decades. There’s a 40-year history of American ingenuity constantly pushing and never settling for less than quality products at a fair price. Forty years of entrepreneurs developing products for the most extreme climates & working conditions that equal billions of miles on the road in big rigs and billions of hours of heavy equipment in the mines and on the farm. The PEAK brand has always been a little different – and always about the customer. We’re not here to sell you more performance than your car needs just to make a few extra dollars for shareholders – We don’t have shareholders. Great products. Great prices. Do right by your ride and your wallet. For more information, visit peakauto.com.

What are your thoughts heading into the Sprint Unlimited?

“It’s a fun way to kick off the season. What better than a low-pressure night race at Daytona to shake off the cobwebs of the offseason? We’ll go into the event to race hard, put the car in precarious positions and see what happens. It’s all about learning for what to do and/or what you need for the last few laps of the Daytona 500.”

About Caterpillar … For 90 years, Caterpillar Inc. has been making sustainable progress possible and driving positive change on every continent.  Customers turn to Caterpillar to help them develop infrastructure, energy and natural resource assets.  With 2015 sales and revenues of $47.011 billion, Caterpillar is the world’s leading manufacturer of construction and mining equipment, diesel and natural gas engines, industrial gas turbines and diesel-electric locomotives.  The company principally operates through its three product segments – Construction Industries, Resource Industries and Energy & Transportation – and also provides financing and related services through its Financial Products segment.  For more information, visit caterpillar.com. To connect with us on social media, visit caterpillar.com/social-media.

What motivates you this season?

“I haven’t won all that I’ve wanted to win yet. The Sprint Cup championship is what it’s all about for myself, my family, my sponsors, and my team. Winning a race with Luke would mean a lot right now. The ultimate is a Cup championship. I’ve been fortunate enough to win the Daytona 500, the Charlotte All-Star race, the Brickyard 400 and those are big races but there’s not a driver out there that tells you he doesn’t want to win every race, every year. That’s what I want to do. The great thing is I see the light at the end of the tunnel being a member of Richard Childress Racing and ECR Engines. We can see the light and now we have to get to the light. There are a lot of teams out there that can’t see the light. We can.”

What are your thoughts on racing in your 13th Sprint Unlimited at Daytona International Speedway?

“This race always signifies the start to our season and the first opportunity for a win in the No. 31 Caterpillar Chevrolet SS. It’s a good test session for us in race conditions. It also a good practice session for all of us to get back into the rhythm and swing of things before the Daytona 500.”