Bayne Looks to Heat Up as Summer Approaches 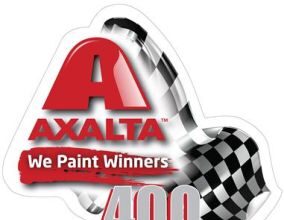 CONCORD, N.C. (June 1, 2016) – Trevor Bayne, driver of the No. 6 AdvoCare Ford Fusion, heads into Pocono Raceway this weekend on the heels of four top-10 finishes in the last seven races in the NASCAR Sprint Cup Series (NSCS) – including the non-points paying All-Star Race – and is set to continue that momentum on Sunday afternoon at Pocono.

“I’m very confident,” said Bayne, who has finished as high as fifth thus far in 2016. “We have had a lot of speed this season and we have been able to turn that speed into some really solid runs. Although we had some bad luck at Kansas and Charlotte I’d say that we are really stepping our game up overall as we head into the summer months of the season.”

Bayne, who hails from Knoxville, Tenn., has made two previous starts at Pocono in the NSCS but has earned one victory while racing in the ARCA Remax Series at the 2.5-mile triangular track.

As the Chase for the NASCAR Sprint Cup approaches, Bayne currently trails the 16th and final position in the Chase by 18 points with 13 races remaining before the cutoff at Richmond International Raceway.

Bayne credits the upswing in performance to several of the offseason changes, including the addition of crew chief Matt Puccia.

“Matt (Puccia) and I have always had a really good relationship,” added Bayne. “He understands all of the little details it takes to make a car go fast, which is incredibly important to know. Plus, we both have the same goals and thought process both on and off the track which helps us get along.”

The NSCS at Pocono Raceway can be seen live on June 5 on FS1, MRN and SiriusXM NASCAR Radio Channel 90. e;

At AdvoCare, We Build Champions® through physical and financial wellness. Backed by the latest science, AdvoCare provides innovative nutritional, weight-management, sports performance and skin care products. In addition, the AdvoCare business opportunity empowers individuals to explore their ultimate earning potential. AdvoCare was founded in 1993 and is headquartered in Plano, Texas. For more information, visit or call 800-542-4800.