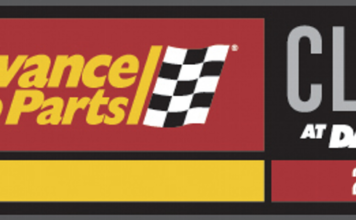 Brad Keselowski, driver of the No. 2 SKF Fusion, won the pole by virtue of a blind draw for tomorrow night’s scheduled running of the Advance Auto Parts Clash at Daytona International Speedway. Keselowski spoke about that stroke of good fortune after today’s two practice sessions.

BRAD KESELOWSKI – No. 2 SKF Ford Fusion – IT WAS A BLIND DRAW, BUT IT STILL MUST FEEL GOOD TO START ON THE POLE FOR TOMORROW’S RACE. “It’s a great way to start the year. We just need to make sure we finish there. That’s something to be joyous about, but at the end of the day it’s just a draw and you’ve got to make it count.”

HOW DID IT FEEL TO GET BACK OUT THERE TODAY? “We had good speed from what we can tell. It’s hard to get a full picture when only half the cars draft, but it was a good start. We have some things to work on handing-wise, so we’ll get through that and figure it out.”

IS THERE ANY WAY TO KNOW WHAT KIND OF RACE WE MIGHT SEE TOMORROW? WILL DRIVERS BE AGGRESSIVE? “I would assume you’ll see some aggressiveness. There’s really nothing to lose and everybody is a little rusty and wanting to kind of poke that chest out, so it should be good.”

WHAT ARE YOUR THOUGHTS ON THE NEW CONCUSSION PROTOCOL AND SAFETY TEAM DEVELOPMENTS? “The safety team thing is great. The concussion protocol thing, I’m not sure. I haven’t read what a SCAT is, so I don’t know. I really need to read that first and I just haven’t had time with the way everything has kind of shaked out to get a full opinion on it.”

DO YOU LIKE THE PART THAT IF YOUR CAR GOES BEHIND THE WALL, WHICH MEANS YOU’RE OUT OF THE RACE, THEN YOU’RE GOING TO GET CHECKED FOR IT. DOES IT GO FAR ENOUGH? “I think that seems reasonable. With anything you want to see it in practice first before you form an opinion, and I haven’t read enough about it and seen it in use to really form a full opinion.”