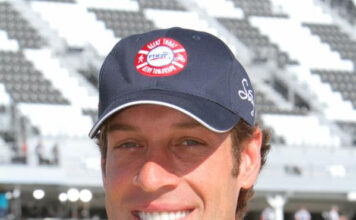 NASCAR veteran will drive the No. 3 Chevrolet Camaro for four races during the 2017 season

“We welcome Scott to our impressive lineup of this season’s XFINITY Series drivers,” said Gil Martin, director of competition for RCR’s NXS program. “Our goal is to win races and win this year’s owner’s championship, and I’m confident that Scott will help the No. 3 team accomplish those goals.”

“Knowing the history of the No. 3 car and what it means to Mr. Childress, it is a real honor for me to be a part of this team,” said Lagasse Jr. “I look forward to helping RCR win an owner’s championship this season.”

An announcement regarding sponsorship with Lagasse Jr. and the No. 3 team is scheduled for a later date.

Official Release
Previous article
The Final Word – The Great American Demolition Derby sure was not boring to watch
Next article
Talladega Superspeedway’s “Two for $88” Dale Jr. Package for GEICO 500, May 7 Returns in Honor of Earnhardt Jr.’s Return to the Driver’s Seat