SINGLE-DAY TICKETS FOR FORD CHAMPIONSHIP WEEKEND GO ON SALE THIS FRIDAY, MAY 5 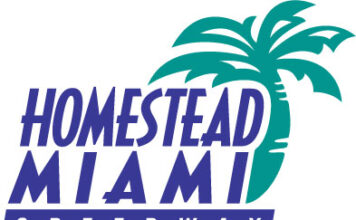 MIAMI— Single-day tickets to NASCAR’s season finale Ford Championship Weekend will go on sale to the general public this Friday, May 5. The three-day championship tradition at Homestead-Miami Speedway features a weekend full of scintillating racing by the world’s greatest stock car drivers. In addition to crowning champions in each of NASCAR’s three national series, all eyes will be on Homestead-Miami Speedway for another reason that weekend, as it will serve as the setting for the final laps of Dale Earnhardt Jr.’s Monster Energy Series career. Tickets to Ford Championship Weekend can be purchased by visiting www.HomesteadMiamiSpeedway.com or by calling (866) 409-RACE (7223).

“Each year, Ford Championship Weekend has been full of drama and excitement, and we expect that to intensify this year between crowning champions three straight days and bidding farewell to a NASCAR icon,” said Homestead-Miami Speedway President Matthew Becherer. “The sold out crowd at the Ford EcoBoost 400 last year witnessed one of the most remarkable finishes in NASCAR championship history, as Jimmie Johnson recorded his record-tying seventh title. The three-day championship event brings family and friends together for a fun weekend that is full of great food, amazing entertainment and electrifying racing.”

“Dale Earnhardt Jr. has been a tremendous ambassador for NASCAR and has helped catapult it to the forefront of the sports industry and pop culture,” said Becherer. “He has done so much for the sport both on and off the track through his prowess behind the wheel and numerous philanthropic endeavors.  We are honored to host him at our track for the final Monster Energy Series race of his career.”

Homestead-Miami Speedway offers fans a myriad of ways to enjoy and experience the thrills of Ford Championship Weekend, including:

·         FanVision Fan Zone – The FanVision Fan Zone package adds to the experience of Ford Championship Weekend with driver appearances, a pre-race pit pass, giveaways and food and beverages. Fans can add-on a FanVision controller at a discounted rate.

·         Race-Day Perks – All fans during Ford Championship Weekend get to enjoy a variety of race-day perks, including:

o   Re-entry into the facility

o   Driver appearances and autograph sessions throughout the facility

o   Numerous contests and giveaways at the activations/displays

Homestead-Miami Speedway has been open since 1995 following an initiative to spur economic recovery in the aftermath of Hurricane Andrew. The Speedway is a 650-acre facility that features a 1.5-mile oval and 2.21-mile road course. The Speedway hosts on-track events nearly 300 days per year and generates more than $301 million annually for the region. In 2016, NASCAR celebrated its 15-year anniversary (2002-16) of crowning champions in all three of its premier series at Homestead-Miami Speedway during Ford Championship Weekend. Champions crowned at Homestead-Miami Speedway in 2016 were Jimmie Johnson (Monster Energy NASCAR Cup Series), Daniel Suarez (NASCAR XFINITY Series) and Johnny Sauter (NASCAR Camping World Truck Series). 2017 Ford Championship Weekend will be held November 17-19.

About “Driving for a Cause”

“Driving for a Cause,” the charitable arm of Homestead-Miami Speedway, operates under the auspices of the NASCAR Foundation as a 501(c) 3 non-profit organization.  Homestead-Miami Speedway will continue each of its charitable activities, including its in-kind donations to local groups, support of Homestead Hospital’s Speediatrics unit, and its program where organizations can work track events in exchange for a donation to their group or cause. Applications for financial gifts to be awarded to eligible 501(c) (3) charities as part of the 2017 Driving for a Cause grant program are now being accepted, through July 28.  Applications can be found at www.HomesteadMiamiSpeedway.com/DrivingForACause.

Official Release
Previous articleHot 20 – Talladega could not have come at a better time
Next articleCelebrate 25 Years of History at Talladega Superspeedway, NASCAR XFINITY Series Witnesses A Quarter-Century of Races on Saturday