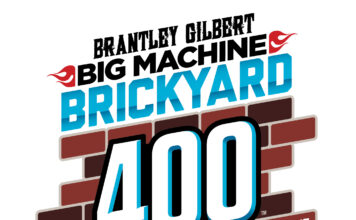 Joe Gibbs Racing driver Denny Hamlin was made available to the media at Indianapolis Motor Speedway:

DENNY HAMLIN, No. 11 FedEx Cares Toyota Camry, Joe Gibbs Racing
How did you unveil this new FedEx Cares paint scheme?
“Yeah, it was – she’s (Rachee Powell) a local member here and, like I said, she donated a lot of her time. She came to Charlotte a few months ago and helped the creative designer who does our normal paint schemes and myself come up with something she liked and everything and so it turned out great and obviously very fast and we just hope to continue that on for the rest of the day and tomorrow.”

What do you think about coming to Indianapolis Motor Speedway?
“It’s great. I mean, we love coming here. Probably being one time a year is good because it feels prestigious to us. We know that every time we come here it’s a very big event. It’s still the second biggest race of the year for the NASCAR Cup Series, so, yeah, we always want to perform well. This track’s been pretty good to me personal throughout my career, so we like coming here and it’s going to be interesting to see how the weekend plays out with the stages. I think that it’ll definitely be a different race than what we’ve seen in the past here where one car can kind of just check out and lead all the laps. I don’t see that is necessarily being the case this weekend simply because there will be so many strategies that could be played out.”

How does the difficult passing impact race strategy?
“Well, it’s the reason we spent most of the first practice in qualifying trim. I think that qualifying is a very big key. If you look at the winners here, most of them have started up front, so it’s important to start your day off being fast and being up there in qualifying. So that’s where we focused today. In the next practice, we’ll focus on race trim, so we’re – we know it’s very hard to pass here. It always has been, but just seems like here in the last three, four years it’s been very difficult, so the good news is that those stages though will break things up and it will allow guys running in the middle of the pack to stay out or pit and take tires and make a charge through the field.”

Do you want to win this race even more now that you have a Daytona 500 win?
“Yeah, I mean there’s two major events I feel like. We haven’t won the Coke 600 and the Brickyard 400, so if I can get those two it would be a wrap on all the big races in NASCAR. Obviously the Hall of Fame is in my opinion bigger than any championship. It’s the ultimately goal. It’s why you play the sport that you’re in is to reach the highest level and the championship is the highest level for one year. The Hall of Fame is the highest level for your entire career, so I think that yeah, that’s the ultimate goal. That’s why we’re all here and we’re going to just keep trying to win races and maybe when it’s all said and done it gets considered.”

How much do you think about winning all the ‘Crown Jewel’ races?
“A lot. I mean, it’s definitely something that I’m focused on is trying to get all those races won. You know, all races are important, but it just seems like there’s a handful that are a little bit more special and we’ve won our fair share, but we definitely would like to win them all.”

Do you feel like you’ve turned a corner after your win and leading morning practice?
“Yeah, I mean, I think that, you know, I think the next practice will be a very good indication as other guy switch into qualifying mode, where we kind of go into race mode, so we’ll probably be pretty low on the speed charts next practice. I wouldn’t read too much into today so far, but, yeah, it looked like all of our cars were pretty fast even besides us today – the 78 (Martin Truex Jr.) and 20 (Matt Kenseth) and 18 (Kyle Busch) – so, yeah, I’m pretty confident that we have turned the corner and we’ve just got a little bit more to go.”

What how are you going to watch the XFINITY race?
“I’ll be watching it from a streaming app because I’ll be golfing is how I’ll be watching it, but I – yeah, we will be for sure watching in interest to see whether someone from a far back position can make a move and pass. I think that the XFINITY cars absolutely needed to try something different here to try to spice up the racing and, yeah, I’m looking – I hope it put on an amazing show. I really do and, yeah, I’d be willing to try whatever in the Cup Series going forward at this race track. Whatever will put on a good race I’m all up for.”

Have Kyle Busch and Adam Stevens shared their Brickyard secrets with everyone at Joe Gibbs Racing?
“Yeah, I think where they’ve really been successful is they qualified well. They’ve qualified well and we’ve talked about how hard it was to pass – nobody’s just been able to pass – and, you know, there’s been times where I feel like we were equal to him last year. We were second for most of the day – second or third – and but just could not – couldn’t overcome the aero side of things where I think today or tomorrow with the stages, you’re just not going to be able to go out there and lead all the laps. I don’t know that qualifying will be as important, but it for sure will be a factor that plays into who wins this race.”

How does this track differ from the other big tracks to make passing difficult?
“There’s one lane. That’s – it’s a true one-lane race track. When we go anywhere else besides maybe Martinsville, it’s the only one lane race track we have on our circuit. You can’t come off the bottom here. You can’t come off that line or else you’ll – it’s a detriment. You see guys get hung on the outside line on restarts not be able to get down and just lose a tremendous amount of spots, so on the other mile-and-a-half to two-mile race tracks, we have room to move around and one line is not a detriment where here you have to be in one line or else you’re in trouble. And the problem with that is that if everyone runs that one line, how do you get around the cars because it’s such a big aero deficit? So that’s where the challenge comes from here.”

Is Joe Gibbs Racing’s trend the opposite of last year and do you think your teams will peak at the right time”?
“You know, we try to every year. I mean, it just seems like for whatever reason last year and the year before, we were strong right from the get go. I’m not sure why it’s taking a little bit longer this year. I know that we always try to get better as the year goes on as does every team, but it just seemed like a few other teams just in the off-season just got magically better and it’s not magically – it’s because they worked real hard – but it just overcame any advantage that we had. Last year in the Chase, I felt like, yeah, Hendrick (Motorsports) caught up. There was a lot of team that caught up to us and even maybe surpassed us, but that trend kind of continued I felt like over the off-season and the start of this season where we were then playing catch up. We weren’t on that level playing field anymore and now we’ve closed that gap back up to them. It’s just a cycle that keeps going back and forth every year.”

Can you explain the infrastructure debate that you were talking about on Twitter?
“Yeah, I mean, I wish that we could go back to (North) Wilkesboro (Speedway) and Rockingham (Speedway) and all that. That’d be great for me – I’d love to – but it’s just not – I don’t think it’s just feasible in today’s NASCAR. I think that the Truck Series carries one – a certain amount of circus to it, you know? The haulers, the – everything that gets set up, right? It has to have a certain amount of garages, this, that and the other, but the Cup Series is like times 10, so it’s just – it would be tough as much as the Cup Series has grown to bring that traveling circus to some short track somewhere and then be able to put on a show that makes sense or is organized, you know? I’m not sure, does Eldora have timing and scoring loops or not? Probably not, so, you know, when it gets down to the nitty gritty of these Cup races and we’re arguing over who was leading at the line at this point or that point like how does that work on a track that doesn’t have scoring loops and I know Wilkesboro probably doesn’t, so that’s what I mean by infrastructure and, you know, I don’t – it’s tough to get these sponsors to come to the race tracks unless the amenities are about like here or Daytona, so it’s – you want to have really nice everything and seems like just some of those old tracks got phased out because they were antiquated. So I like seeing the new updates to tracks like Richmond. I mean, that’s state of the art, it’s going to bring a lot of new eyes and hopefully sponsors to those types of race tracks, so that’s the direction we need to be heading. I don’t think that we need to be heading backwards. Let’s head forward and make the facilities that we have better.”

Does Indy set you up for Pocono Raceway?
“Yeah, I think the two relate. They certainly have for many, many years, but I think that this is almost its own animal. It really is. Pocono (Raceway) is a challenging track itself, but it – the results don’t directly equate back. There’s shifting there at Pocono and I think that changes things quite a bit versus where you’re at here at Indy you don’t, so, yeah, there’s similarities and you’ll run a setup that’s fairly close, but I think the shifting aspect of it changes more than people give it credit for.”