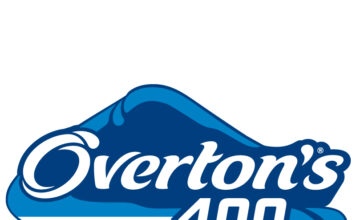 The next stop for the Monster Energy NASCAR Cup Series schedule is the I Love New York 355 at Watkins Glen International on Sunday, August 6.

POST RACE QUOTES:
CHASE ELLIOTT, NO. 24 NAPA CHEVROLET SS – FINISHED 10TH
ON HIS RACE OVERALL:
“Our race was alright. I made a mistake, thought I had a flat tire and pretty much ruined out day.”

KASEY KAHNE, NO. 5 GREAT CLIPS/SHARK WEEK CHEVROLET SS – FINISHED 11TH
TAKE US THROUGH YOUR DAY AND WHAT HAPPENED WITH JIMMIE JOHNSON:
“Yeah, we had a strong car, just track position was tough. We would get it… I can’t believe I sped, I was running my marks, but I was running them so consistently that it just barely bounced over. So, we were pushing it. That put us back to the back and we needed to make some changes as we went, but there at the end, I thought we had a great car. The Great Clips Chevrolet was pretty good.

“With Jimmie (Johnson) he was high and everybody was going by him on the inside. And I followed the next car and I was like way lower than where the groove it and he still hit me. So, I wasn’t sure. I thought maybe he couldn’t steer because he had a problem or like something was flat because he obviously spun right after that. So, I’m not exactly sure what happened to him.”

DALE EARNHARDT, JR., NO. 88 NATIONWIDE CHEVROLET SS – FINISHED 12TH
ON HIS DAY AND THE SPEEDING PENALTY:
“Yeah, we just… the lights were all over the place and I couldn’t…so we backed it down. We didn’t check it in practice, so maybe we… we always do, but we didn’t check it because we were scrambling so hard to get this car figured out. We got it a little bit better as the race went on, but man, I don’t know where the speed is that the front three or four have and they’ve got it every week. We don’t have that and we are not going to find it in that garage on Friday or Saturday if we don’t show up with it we ain’t going to find it. That is somewhere in the shop… so we will have to keep working back there.”

FROM WHAT YOU GUYS THOUGHT YOU STARTED OUT WITH IT LOOKED LIKE YOU MADE GAINS:
“Yeah I agree. We didn’t have a very fast car. We had about a 15th-place car/10th-place car, finished around there. I thought the strategy Greg (Ives, crew chief) used was really smart. There were runs where the balance was good. There were runs when the car drove well, but I don’t know. We were a little better here in the spring and we’ve had a gremlin in the car where it’s been so loose on entry and we couldn’t get that out, so the car is actually got a lot more wedge and stuff in it that we don’t really want in there than we had in the spring race and that is hurting us too. The crutches we have in there to try to fix this issue are hurting the car, so that is where the speed is at.”

KYLE LARSON, NO. 42 ENERGIZER CHEVROLET SS – FINISHED 33RD
IT APPEARED THAT YOU HAD A PROBLEM WITH THE DRIVE SHAFT AND THAT IS WHAT PUT YOU OUT OF CONTENTION TODAY:
“Yeah, I had a draft shaft break. I don’t know if it was my doing or what, but I mean I didn’t change my motion up or anything like that. I thought it was fairly normal from what I did and everything just shattered when I got into third gear. Yeah, a little disappointing because our Energizer Chevy was pretty good today. I thought we had a top five car for sure.”

JIMMIE JOHNSON, NO. 48 LOWE’S CHEVROLET SS – Sidelined on lap 58
IT LOOKED LIKE THERE WAS CONTACT WITH YOU AND THE NO. 21 OF RYAN BLANEY ON THE RESTART, AND ALSO THE NO. 5 OF KASEY KAHNE GOT INTO YOU. WHAT DO YOU THINK HAPPENED?
“It’s just hard racing. We were going into Turn 3 and the guys were lifting and he just missed his marks a little bit and luckily, we didn’t crash. And then I was in the outside lane and losing some spots. I think the No. 5 washed-up into me and king of finished me off over there in Turn 3. It’s definitely not the day we wanted to have but I don’t think either one of those situations were intentional by any stretch. It’s just a bummer day for this whole Lowe’s team and we’ll get our Chevy ready for next week and go do it again.”

WHAT HAPPENED OUT THERE?
“Yeah, just a racing thing. I was in the outside lane, a couple of cars had gotten by me and I got real loose down in (Turn) 1, I also had the No. 21 (Ryan Blaney) get into the back of me and got me wide over here before that. Not the best restart for us and then as I was running through the high lane in (Turn) 3 I think the No. 5 car (Kasey Kahne) just washed out and washed into me and got me. Certainly not an intentional move by any stretch, but ended our day certainly and not the day we wanted here.”

HOW DO YOU PUT IN PERSPECTIVE SOMETHING LIKE THIS WHEN YOU KNOW THAT YOU ARE SET UP PRETTY WELL FOR THE PLAYOFFS BUT YOU WANT TO WIN?
“It helps. It helps knowing that you are locked in, but at the same time I think we are missing a little bit of speed and then to have luck kind of not go our way the last few weeks; I mean we want the momentum going the right direction for us. We are getting close to the end of the regular season, so ideally, we would like to get things rolling. We have won championships a variety of ways. I know it’s a heck of a lot easier if you have some momentum on your side rolling into August and September.”

IS IT BETTER TO GET THIS BAD LUCK OUT OF THE WAY NOW?
“If it ends now, yeah, then it’s perfect. If it keeps going then it sucks.”

HOW WORRIED ARE YOU ABOUT THE PLAYOFF POINTS?
“Definitely a lost opportunity for playoff points. I don’t think any of us truly understand how important they are. I think we all recognize that they are going to be important. So, we will know so much more at the end of the year. Thankfully, those races in the final elimination round are pretty good for us and if we can win there, it will kind of take care of that problem. If not, we want to cover that other base with playoff points. We are sitting good now, but there is no telling what is going to happen.”