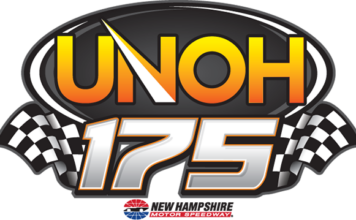 CHRISTOPHER BELL, No. 4 Toyota Tundra, Kyle Busch Motorsports
This is your second time in the Playoffs, how do you set expectations for the weeks ahead?
“Well last year I felt like we were able to really capitalize on consistency. We got a win in the middle part of the year at Gateway last year, but overall we just weren’t able to consistently compete for wins, but we were able to knock down those top-fives, those top-eights and that’s essentially what got us all the way to Homestead. This year it’s been a little bit different progress. We’ve been able to compete for wins a lot more often and win a lot more races and hopefully we can continue that and win our way to Homestead.”

Unlike the rest of the Playoff drivers, you don’t have a teammate. Does that help or hurt you?
“Going back to what he (John Hunter Nemechek) said. Running at Kyle Busch Motorsports where we have three full-time trucks and another truck with Kyle (Busch) every now and then, there’s some advantages to that because maybe you bring a different truck with a different setup and you’re like ‘oh, hey that’s really good’ and you can have that direction. But as far as once the green flag flies, it’s every team within the organization wants to win the race just as bad. So besides giving each other a little bit of slack on a restart here or there, it’s pretty much every man for themselves. With me not having a teammate in the Chase, I don’t feel like that’s going to be an advantage or a disadvantage. Everybody out there, even if my teammate would’ve made it, we wanted the same goal which is to better ourselves and get ourselves to the top four. It’s pretty much everyone for themselves.”

How do you make the success you had in the regular season translate into the Playoffs?
“I think it will translate. I mean nothing is different. It’s just another race. The thing is, and Kaz (Grala) hit on it, it’s no more added pressure these next nine races than it would be if all of us went to Go Pro Motorplex and ran a go-kart. We’re all race car drivers. We want to win every time we’re at the race track. The only downfall is that the mistakes hurt a little bit more. If you make a mistake the penalty is a lot greater than it would be in the first couple races of the year, but as far as looking ahead and going into the races, there’s nothing that you can change because you try and win every race. There’s nothing that you can do a better job at except realize that the mistakes are higher or that the penalties are higher and try and minimize your mistakes.”

Does having Playoff points change your mindset knowing you have a bit of a points cushion to start the Playoffs?
“Well, that’s going back to what I said earlier, I don’t think it changes our mind at all. We’re going to go out there and try and compete for wins and know that we’ve got those bonus points in our back pocket, but don’t rely on them. The biggest thing is just no mistakes. If you get through with no mistakes, especially where I’m at and where Johnny (Sauter) is at, we’re in pretty good shape through this first round and assuming some of these guys back here don’t win, we should be okay through the second round too. But we want to win races. All of us want to win races and so that’s what we’re going to try and do.”

MATT CRAFTON, No. 88 Great Lakes Floors / Menards Toyota Tundra, ThorSport Racing
Do you feel like you must win to advance?
“No, I think you just run in the top-five, top-three and you get yourself out of the first elimination round. Then the next one I feel that you’re going to be stacked up against ones that are probably a little faster so you might have to win there. I don’t think you’re going to hit the panic button yet.”

How does your championship experience help now that you’re in the Playoffs once again?
“Tremendous amount. Going into the Playoffs and even my second championship – just the pressure that you had. I know that Johnny (Sauter) I’m sure last year, you had the pressure – you know what could go wrong. There’s so much pressure on you when you get to the second one, it was just if it happens it happens. You’re definitely nervous, but that first one’s very nerve-racking just because you think of any gremlin that can go wrong. I just remember like the last race all I had to do was start the race. I just remember being nervous as the thing got started. I’m really looking forward to – hopefully we got all of our gremlins out of the way so far.”

BEN RHODES, No. 27 Safelite Auto Glass Toyota Tundra, ThorSport Racing
What were the closing laps like at Chicago when you were trying to clinch a spot in the Playoffs?
“It’s honestly a blur looking back at it. I can tell you it wasn’t pleasant, wasn’t the most fun race of the season. We had a good time. The race didn’t go the way we wanted. There was multiple mistakes, different things that were going on and we had to overcome those throughout the entire day, the entire night. Not the most fun race in recent memory, but I feel like that’s good rehearsal for the Final Four. Hopefully we can make it there and be consistent, limit those mistakes going forward and just play it safe going forward. Make sure that we don’t put the pressure on ourselves and I think we’ll be just fine. “

With the unknowns at Talladega, does it worry you that it’s an elimination race?
“I guess I’m different because I kind of like it. I like the fact that there’s an unknown certainty to it. We all have to go there, we all have to race. We all are subjected to the same conditions, so I kind of like the uncertainty of it. I like Talladega. I like Daytona. Those are some of my favorite races out of the whole year, so that it’s in the Playoffs – I don’t think it could come at a better time.”