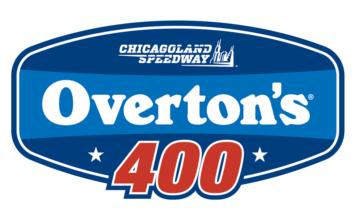 Joe Gibbs Racing driver Daniel Suárez was made available to the media at Chicagoland Speedway:

Can you talk about your process to citizenship in the U.S.?

“I think now that I’m living that process, I understand why a lot of people don’t do it and do it the difficult way because it’s extremely expensive, extremely long and a lot of people will imagine that for me, I’m here and I pay taxes and everything that it would be easier, but it’s a pain in the butt to do it and it’s extremely expensive. I can guarantee a lot of people cannot pay for that and cannot afford it. Right now I don’t have dual citizenship, but I just got approved for my residence to be a resident here, which is almost the same thing. Like I said, it’s a very long process and I think it took me like a year or a year-and-a-half or a year to approve it and six months I couldn’t leave the country because I was in that process and then when they finally approved it and I haven’t got it yet, but it’s in the last details of the process, but it’s a very, very long process. I don’t know if it’s been like that forever or not, honestly I don’t know, but at least today it’s long and expensive.”

How expensive is it to gain citizenship compared to those doing it the wrong way?

“When you have a regular Visa, I had a very special Visa, it was for special talents and this Visa the way it worked you have to do it every three years, but every year you have to renew it so they approve for three years, but every year you have to go to your hometown and get it renewed. That renewal is not very expensive, it’s maybe a thousand dollars, but the Visa itself you have to do it like every three years and it’s like five (thousand dollars). And that you have to do every three years. That’s where most of the expenses come from, but the Green Card or the resident, that’s most expensive and a longer process. Right now I’m maybe in the last steps of my Green Card. It’s been over a year and close to a year-and-a-half and just a rough number, I’ve spent around 13 to 14 thousand counting attorneys that have been helping me. I’ve paid extra in a couple things to actually make it faster, but it wasn’t maybe another thousand dollars and even with that it’s been over a year. It’s just expensive, I don’t think the average people coming to this country has just $10,000 to spend in a Green Card. I feel like it’s a lot of money, but I guess that’s why a lot of people don’t do it because it’s just too expensive and a long process.”

“This place is a lot of fun. I was second yesterday and my first mile-and-a-half ever came here at this place back in 2014 and I feel good about Chicago. It’s one of those places where you can race pretty much everywhere – in the wall, in the bottom – you have a lot of options. I really feel like that’s something we like as a driver and the best thing is that we have a fast car. I feel good for today and hopefully I can talk to you guys later this afternoon with a trophy.”

What are your thoughts on what NASCAR is trying to do promoting NASCAR more internationally?

“It’s very good. There is a lot of drivers out there – at least I am very connect with drivers from Mexico and Brazil, and I know there is a lot of talent out there and drivers, and even fans that love NASCAR. And they would love to get more involved in NASCAR to get a shot at it. I am sure that just like this country, there is a lot more drivers out there. I am very happy that NASCAR is working hard to help this series and bring more drivers to the U.S. eventually. When you are living in Mexico, Brazil or Canada and all of these places, the final go is to make it to the United States and race with the big guys. That’s the goal. And that was my goal five years ago. That’s why I wanted to come here. And once you get here, you get a little bit more and then to Cup. But there first change of moving from a different country to get here is a difficult one. I lived that some years ago. You need a lot of supports and guidance to make those changes. Obviously to have NASCAR involved would be awesome.”

What advice do you give to international drivers that are trying to achieve what you have?

“I feel like actually I made a couple of mistakes when I was making my move here. I didn’t know anything and I was trying to do everything myself, which for me, was the only option at the time. Once I got more involved with NASCAR and with better teams and the diversity program, I feel like my career got a little more shaped. Finally I was able to see something in my journey. Before that, I was all over and the place and didn’t know. Being part of the NASCAR Next, really helped me as well. It helped talking to media and preparing for interviews. To show myself the right way. The best advice is to get involved with NASCAR and to ask questions. I was never scared of asking questions and to get information and advice. I feel like if they can do that, they will have percentages to make it.”

What ways do you feel like being in Xfinity today will help you for Cup tomorrow?

“Well, I haven’t raced in Xfinity for a while. My last race in a 1.5-mile track in Xfinity was Charlotte last year. These cars have changed a lot since then. I feel like it will be fun for sure. The tire is the same and the way the race track handles is similar. It’s always good to get some extra laps in a car this close to know how fast you move to the middle or top. I think that and to have fun, that’s most important. It’s been awhile since I have been in Victory Lane. I am excited about today.”

Do you feel confident your team can get you into the Playoffs off points or are you shifting strategy?

“I don’t really know but we’re going to make it. I will tell you that. Somehow, we are going to work very hard like we’ve been doing. It’s a real shame that we haven’t showed the results we deserve because the speed has been there. We have shown the ability to finish in the top-10 every race. I don’t know. I don’t know what I am doing wrong. Maybe some of my stuff, it needs a little bit of luck but I don’t believe in luck 100 percent. We’re going to be fine. Maybe in a month, we’re going to be in a different position.”

Do you think you can win one of these 10 races or get in on points?

“By points is very doable. I think if we have the speed to go out there and win a race, we will take that chance. But if don’t and have the finish top-five or top-10, we’re going to be consistent and play that way. Winning the stage points and stuff like that. I mean 70 points in 10 races is not a lot. It’s doable but you have to race smart and a lot of people freak out a little bit. I am not one of those. I have to stay calm. We will be fine.”