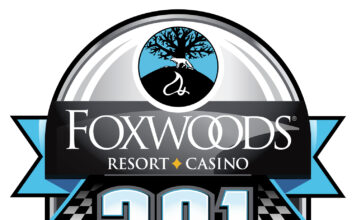 · Matt Kenseth returns to Loudon this weekend for his 37th MENCS start, a track where he’s visited victory lane on three occasions.

· His first victory came in 2013, the site of his 500th career MENCS start, where he led 106 of the 300 laps. Two years later he found victory lane again after leading 27 laps, before following that up with a win the next year at the July 2016 race.

· Kenseth has one career pole at ‘The Magic Mile,’ after setting fast time in the 2003 July race. He went on finish third that weekend, one of his eight results of third or better in Loudon.

· Kenseth also made nine starts in the Xfinity series at New Hampshire with one win (2004), four top-five and seven top-10 finishes.

· Matt Puccia will be atop the pit box for his 15th MENCS race at Loudon this weekend. In 14 career races, Puccia has three top-five and four top-10 finishes, all of which came with Greg Biffle from 2011-15.

· Puccia also called two races for Paul Menard in the Xfinity series with a best finish of ninth in 2010, and called the shots for three different drivers in the NCWTS from 2006-08. He and Erik Darnell brought home a fourth-place result in 2008.

Kenseth on racing at New Hampshire:

“New Hampshire is one of the more challenging tracks on the circuit for a number of reasons. It’s extremely flat and it changes a lot throughout the race. Unless your car handles extremely well, it’s not an easy place to pass, which makes track position all that more important. You need to be good in qualifying, otherwise, you’ll probably have to play some strategy during the race to gain ground on pit road. I’ve seen this race come down to fuel mileage and I’ve seen it have a lot of restarts late and go into overtime. Like most tracks, it just comes down to when and if we get some cautions late.”

Constantine Sealing, the Official Small Business of the Ford Hall of Fans, will appear on the hood and quarter panels of the on the No. 6 Ford Fusion this weekend at New Hampshire Motor Speedway driven by Matt Kenseth.

Based out of Glastonbury, Connecticut, Constantine Sealing Service was started in 1979 by Bill Constantine Jr., when he was just 18. He and his three sons now head an operation that includes a variety of commercial and residential pavement maintenance in Connecticut and surrounding states, including paving, asphalt repairs, line striping and seal coating.
The family’s roots run deep in racing as the company has sponsored street stock and late models that competed at Stafford Speedway (Connecticut) as well as Riverside Park Speedway (Massachusetts).

Ford Hall of Fans launched earlier this year in an effort to recognize those people who make the sport tick – the fans. People can nominate themselves through a video or photo that demonstrates what makes them passionate about NASCAR at NASCAR.com/Ford.

Official Release
Previous articleFurniture Row Racing in Sponsorship Search to Replace 5-hour ENERGY
Next articleHot 20 – Getting down and dirty, be it at New Hampshire or Eldora