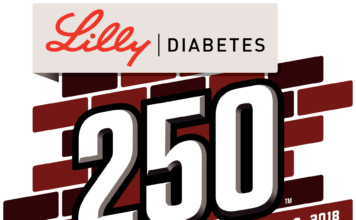 AUSTIN CINDRIC, No. 12 Wabash National Ford Mustang – “It sucks. It’s frustrating, surprising, irritating, but at the end of the day it’s racing and it’s what you’ve got to go through. It obviously makes Vegas a much more important race now, which all I wanted to do this weekend was to prevent that, and I’m not sure there’s much there we could do to prevent that. I just wish it could turn out better. I think we had a car capable of winning the race. I’ve had a lot of cars capable of winning races, and that’s all I can ask for and whether circumstances aren’t in my control it is what it is, so we’ll move on and get over it.”

WHAT HAPPENED? “I saw cars wrecking in front of us and had to avoid it, and it was either hit cars or use the grass and I used the grass which ripped the splitter off. The splitter went halfway through the car and here I stand before the first stage is over, so it’s frustrating, annoying, irritating. Whatever it is it’s racing. It’s unfortunate. This makes Vegas a lot more of an important race for me when it comes to making the Playoffs. Whereas a few weeks ago I was almost 200 points ahead and now I’m probably not even 20 or not even 10. With that being said, my mind is focused on Vegas and we’ll keep our eyes forward and head down.”

COLE CUSTER, No. 00 Haas Automation Ford Mustang – IT SEEMS LIKE THINGS ARE PRETTY HECTIC OUT THERE RIGHT NOW. “Yeah, especially restarts. You’re trying to make blocks and trying to get runs and trying to be as aggressive as you can and things just happen. I thought our Haas Automation Mustang was pretty fast, we just couldn’t get many people to work with us. It seemed like we just got hung out to dry a lot, but I just made a mistake there trying to make a block, so we’ll try and go to Vegas and win one.”

RYAN BLANEY, No. 22 Menards/Richmond Ford Mustang – “You can’t pass anybody. You can give it the best charge you want, but you don’t have a train there. It’s not really a lot of fun, but I’m proud of the Menards team. I sped on pit road the last stop and that sealed our fate, so I thought I lost it for us. I had a good enough car to drive back up through there, but you get to a place running wide-open and you stall out and you can’t do anything.”

CHASE BRISCOE, No. 60 Nutri Chomps Ford Mustang – “It was really an up-and-down day. We started off on the first pit stop getting nose damage and without crucial aerodynamics it really kind of put us behind and we just had to keep on fighting and fighting. The guys did an awesome job getting it fixed up. It seemed like we pitted 10 times at the beginning of the race just trying to keep making it better and better. We kept getting the balance better and better with no practice, so that kind of made it tough to know what you had and with my first time being here to kind of learn the race track and little characteristics of it. We slowly started getting track position and the more we got the better we got and the better the car got the farther up front we got. So overall it was a good day to keep fighting and from where we started to where we ended.”

RYAN REED, No. 16 Drive Down A1C Lilly Diabetes Ford Mustang – “It was a long day. We just never had the track position we needed and I got caught up in someone else’s mess early on and had right-rear damage. Then we had a right-rear tire go down under green that really cost us and put us behind and we really just worked our way back from that all day. But I’m really proud of everyone for battling back from one lap down. We got back on the lead lap and ended up with an 11th-place finish, which wasn’t too bad all things considered.”