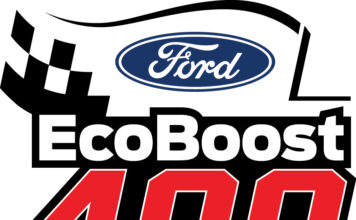 By The Numbers: Homestead-Miami Speedway

1 – Tony Stewart is the only driver in series history to win at the famed 1.5-mile speedway in his first appearance (1999).

5 – Number of times the winner of the season finale at Homestead-Miami Speedway has won the title during the Playoff Era; including the last four seasons in the elimination-style format of the Playoffs (Tony Stewart, 2011; Kevin Harvick, 2014; Kyle Busch, 2015; Jimmie Johnson, 2016, Martin Truex Jr., 2017).

11 – Number of Playoff races at Homestead-Miami Speedway that were won by Playoff contenders; three times a non-Chase contender has won season finale: Greg Biffle (2004 and 2006) and Denny Hamlin (2013).

14 – The most cautions in a single Monster Energy NASCAR Cup Series race at Homestead-Miami Speedway (11/21/2004; the inaugural Playoff race in Miami)

15 – The worst finish by the eventual series champion in a Playoffs race at Homestead-Miami Speedway (it happened three times: Tony Stewart in 2005, Jimmie Johnson in 2008 and Brad Keselowski in 2012).

18-20 – The degrees of banking in all four turns of Homestead-Miami Speedway.

38 – The lowest starting position by a race winner at Homestead-Miami Speedway (Denny Hamlin, 2009).

70 – Total number of NASCAR national series races held at Homestead-Miami Speedway, second-most by a track in the state of Florida: MENCS (19), NXS (23) and NCWTS (22).

150.0 – The highest score in driver rating scale, considered a perfect performance, and has only been accomplished at Homestead-Miami Speedway once, in 2010 by Carl Edwards.

267 – Number of laps scheduled for this weekend’s Ford EcoBoost 400 at Homestead-Miami Speedway.

Sunday’s Ford EcoBoost 400 (3 p.m. ET on NBC, MRN and SiriusXM NASCAR Radio) will mark the conclusion of the NASCAR season. Below are how the last eight season finales at Homestead-Miami Speedway turned out:

Denny Hamlin held a comfortable 15-point lead on Jimmie Johnson for the championship heading into the season finale. However, Hamlin could not close out the title. Hamlin damaged his Toyota with an early-race spin and finished 14th as a result. Kevin Harvick, who was third in points entering the race, finished third. Johnson placed runner-up to take home his fifth consecutive championship.

Stewart drove to the front from the back of the field twice and edged out Edwards to get to Victory Lane.

The pair finished the season tied in points, but Stewart held the tiebreaker over Edwards of most wins during the season (five to one).

Keselowski, who won two Playoff races to help put himself in championship-clinching position, didn’t produce his best performance with a 15th-place showing.

But problems in the pits for Johnson caused the five-time champion to finish 36th and helped Keselowski secure his first championship, as well as the first title for Team Penske.

After building up his points lead on the strength of six wins, 16 top fives and 23 top 10s, Jimmie Johnson needed to finish 23rd to capture his sixth Monster Energy NASCAR Cup Series championship.

Following an incident on a restart just shy of the 200-lap mark, Johnson ended up 23rd when it all sorted itself out.

By the end of the race, he worked his way up to finish ninth, earning Hendrick Motorsports a record 11th championship.

Kevin Harvick started the penultimate race of the 2014 season needing a win to get into the Championship 4 race at Phoenix. He dominated the contest, leading 264 laps to earn the victory and a spot in the Championship 4. After playing mind games throughout Homestead week with the rest of the field, Harvick held off runner-up Ryan Newman to earn his first career Monster Energy NASCAR Cup Series title.

Just ninth months after breaking his right leg and fracturing his left foot, Kyle Busch edged out defending champion Kevin Harvick for the Homestead race win and his first Monster Energy NASCAR Cup Series championship. Busch missed the first 11 races of the season after sustaining his injuries in a crash in the season-opening race NASCAR Xfinity race at Daytona. He came back to win five races and cement his name in NASCAR history.

Jimmie Johnson proved once again to not count him out in the Monster Energy NASCAR Cup Series Playoffs. He won his way into the Round of 8 with a victory at Charlotte, then took the checkered flag at Martinsville to punch his ticket to Homestead. He provided a walk-off win at Homestead to capture his seventh championship, tying Dale Earnhardt and Richard Petty for the Monster Energy NASCAR Cup Series record.

Driving for the Denver-based Furniture Row Racing Team, Truex turned a career best season into a championship for the ages. His victory in the Homestead finale was a personal best eighth on the year. He led the final 34 laps and held off a hard charging Kyle Busch by .681-seconds to earn the trophy hoist. It was an emotional victory with team owner, Barney Visser recovering from a recent heart attack back in Denver and Truex’s longtime girlfriend Sherry Pollex trackside after a year of major medical obstacles.

This will be the second consecutive year that Kyle Busch, Kevin Harvick and Martin Truex Jr. have advanced to the Homestead-Miami Speedway Championship 4 round. This marks the first time in NASCAR’s Playoff era that three of the four title contenders were championship eligible in consecutive years. It marks the third consecutive time that three of the four drivers vying for the big trophy are former Monster Energy NASCAR Cup champs.

Harvick won the 2014 championship, Busch in 2015 and Truex is the reigning Monster Energy Cup champion.

A Spoiler At Homestead?

Under the “win and you’re in” elimination-style Playoff format, the eventual champion has won at Homestead the last four years (Kevin Harvick, 2014; Kyle Busch, 2015; Jimmie Johnson, 2016, and Martin Truex Jr., 2017). Still, a driver out of championship contention can win the race.

The 26-year-old NASCAR Next alumnus finished runner-up at Homestead in 2016 after leading a race-high 132 laps and placed fifth at the 1.5-mile track in 2015. After a breakout season in 2017, when he set career highs in wins (four), top fives (14), top 10s (19) and average finish (13.6), Larson’s Chip Ganassi Racing team struggled this year. He has not won a race for the first time in two seasons but arrives at his favorite track fresh off back-to-back top-five finishes in Texas (5th) and Phoenix (3rd) and never more motivated to finish out the year in victory circle.

Streaks on the Line

Two other highly-motivated, would-be “spoilers” at Homestead are Denny Hamlin and Jimmie Johnson. Both drivers have won at the track before and both drivers are trying to extend decade-plus winning streaks.

Hamlin, a two-time Homestead winner (2009, 2013), has won a race every season of his 13-year fulltime Cup career. The driver of the No. 11 Joe Gibbs Racing Toyota has been fast this year – claiming three pole positions and posting six top-three finishes, including a pair of runner-up finishes in the Playoffs (Dover, Del. and Martinsville, Va.).

Johnson, who won at Homestead to seal his seventh Cup championship in 2016, has won at least two races every previous year in his 17-year Cup career. He is currently riding the longest winless streak of his time in the Cup Series. His last victory came at Dover, Del. 59 races ago. Johnson has three top-10s in the nine playoff races, but a seventh at Talladega, Ala. four weeks ago is his most recent. His best showing on the season is third at Bristol, Tenn. in the Spring.

This will be Johnson’s last race paired with Chad Knaus as crew chief. The Hendrick Motorsports team is moving team positions and in 2019, Knaus goes to 2018 rookie William Byron while Kevin Meendering will move to Johnson’s team.

All three Monster Energy NASCAR Cup Series champions crowned since the elimination-style Playoff format was introduced in 2014 earned their title by taking the checkered flag. In three of those years (2014, 2015, 2017), second place in the standings finished second in the race.

That means there’s a lot of pressure on this year’s Championship 4 to win, or at least finish very close to the front, to secure the title.

Kevin Harvick leads the Championship 4 in top-five finishes in 2018 with 22, followed by Kyle Busch’s 21. Joey Logano, making his first Playoff appearance since 2016, leads the champion foursome in average finish during the nine playoff races. He’s averaging a 9.4 finish compared to 9.8 by Truex, 10.8 by Busch and 12.4 by Harvick.