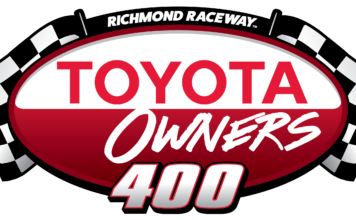 The Toyota Owners 400 is scheduled to begin on Saturday evening, April 13 at 7:30 p.m. ET. Live coverage can be found on FOX, PRN and SiriusXM NASCAR Radio.

KURT BUSCH, NO. 1 GLOBAL POKER CAMARO ZL1 – Qualified 3rd:
“I thought it was three good runs. The car had a good bit of rear grip to it, which has been our struggle, so I’m really happy that today’s practice run and the qualifying runs today showed us that the car’s got the grip level. Now we just need to make sure the balance stays with it.

“We’re just trying to be more consistent and not have any weak areas. And, I think the changes they made, we’re trying to adjust to the weaker areas. So, that should help us.

ON THE QUALIFYING FORMAT
“It really wasn’t much different. It’s a short track. The problem is the 1.5-mile tracks.”

DID YOU LEARN ENOUGH IN THE ONLY PRACTICE WE HAD TODAY?
“We’ll do what we can. With the way the set-up was, you always hope that doesn’t burn off the right rear tire too soon.

CHASE ELLIOTT, NO. 9 NAPA AUTO PARTS CAMARO ZL1 – Qualified 7th
ON THE QUALIFYING FORMAT
“It was great. It was quick, like it should be. We weren’t sitting around for 45 minutes.”

YOU LIKED THE 5 MINUTES?
“Absolutely.”

YOU COULD GET DOWN
“And, get it done.”

AND IF YOU SCREW-UP, YOU DON’T HAVE TO WORRY ABOUT WHETHER YOU GO OUT AGAIN OR NOT
“You’re done. I like it. I’m all for it.”

DID YOU HAVE ANY IDEA WHAT YOU HAD FOR QUALIFYING
“We didn’t make a qualifying run with that second practice being rained out, which I’m sure nobody did. As you can see, the same crowd is still fast. The same good driver’s teams are still going to be the ones to beat tomorrow night.”

AUSTIN DILLON, NO. 3 AAA COATINGS CAMARO ZL1 – Qualified 8th
WAS 5 MINUTES ENOUGH?
“I had enough time. I think at some of these places it’ll get really wild because the bigger the track you’re just going to be lined-up behind people. So, yeah. I think 10 minutes was enough time, personally. But, five minutes worked today because of the track, I thought. I don’t think anybody really got messed up. I had a good line. I waited for the chaos to ensue. I went into the second group and I had plenty of gap. I definitely had to watch people coming off the track, but that was about it. I’m just really proud of our qualifying effort. It’s the best qualifying effort our AAA team has had here. Last year we qualified like 28th and 26th and drove up into the top 10 and finished 6th. So, we’re starting 8th and that’s going to mean a lot for my brake pedal. I don’t have to wear it out at the beginning of the race.”

JIMMIE JOHNSON, NO. 48 ALLY CAMARO ZL1 – Qualified 10th
ON HIS QUALIFYING EFFORT
“Yeah, not bad. With an impound procedure and knowing what the racing is going to do, I think we’re sitting pretty good with our set-up.”

WAS 5 MINUTES ENOUGH?
“I’ve been doing this so long and there have been so many games, I’ll play this game.”

DO YOU LIKE THIS GAME?
“I would assume it’s a better product for television and ultimately we need to worry about the show that’s being put on. The 15 minute sessions or whatever it was with three minutes of cars on track probably wasn’t the best thing to sit-back and watch at home (laughs)”

DID YOU RUN TODAY?
“Yes, I had a short run today.”

WHAT’S SHORT?
“Four miles and a real low heart rate. Tomorrow off and two on Sunday and let it rip on Monday.”

DO YOU HAVE BUTTERFLIES OR ENTHUSIASM AS THE BOSTON MARATHON APPROACHES?
“I started to get nervous watching the weather. And then I decided, the hell with it (laughter). I can’t control it. And if I have a car race on Sunday and a Marathon on Monday, it’s just going to be a better story. So, at this point, I’ve run nearly 800 miles since the start of the New Year. And looking at 26.2 (miles) doesn’t seem like a big deal at this point (laughs), so I’m ready. I love to be prepared and ready for anything and everything I do and I’m ready for that.”

KYLE LARSON, NO. 42 MCDONALD’S CAMARO ZL1 – Qualified 14th
“Obviously it had rained, so there was no rubber on the track. I think being the first cars out made a difference. And then, I just felt tighter each run or each lap, and then the second round there I was just a little too tight in the center to roll speed. So, I had the feeling I’d be that way once the track got some rubber and sure enough, we were just a little too tight.”

“I think the format is good. We’ve had too much time in that first round and I think it just gets a little hectic maybe for a track like this where there’s not much room. But, I think shorter is better.”
Team Chevy high-resolution racing photos are available for editorial use.