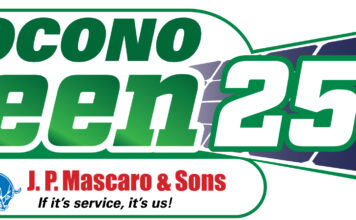 COLE CUSTER: “I guess that was heard wrong. I just wished it wasn’t that close. I just wish it was no cautions. We had such a big lead. I just went in there and tried to get on Tyler’s bumper. I didn’t hit him at all. He just overdrove the corner and missed the bottom a little bit. I already had my downshift planned so I was able to have a little extra torque coming off the corner and was able to clear him. I just wish it wasn’t that close.”

TYLER SAID THAT YOU DIDN’T KNOW WHERE HE WAS ON THAT LAST RESTART AND THAT MOVE HE MADE. DID THAT CATCH YOU OFF-GUARD? “I just had no idea how he didn’t miss the bottom because I drove it in there the same as I did the other restarts and I barely felt like I made it and he drove in there like three car lengths deeper and somehow still made the corner. I thought he was going to blow the bottom and I was going to drive right under him. I don’t know. I was really shocked by that. I guess I will know that for the future.”

“He was driving really hard there at the end and actually hit the wall in turn one. I knew he was giving it his all and I was going to have a shot, I just needed to hit my marks and try to get on his bumper to try to pack some air on him. I was able to just kind of make it happen there on the last corner.”

WITH YOU WINNING THE RACE AND CHASE FINISHING THIRD, WHAT DOES THAT SAY ABOUT THE STRENGTH OF THE TEAM RIGHT NOW? “We have had fast cars all year. The 98 is getting better and better. HOpefully we just keep going in the same direction. I don’t know what to say. We have pretty fast cars every single weekend. It is pretty much between us, the 2 and 20 every weekend. As long as we keep hitting our marks I think we will be right there.”

DO YOU FEEL LIKE YOU ARE THE CHAMPIONSHIP FAVORITES RIGHT NOW? “I think it is a toss up between us, the 2 and 20. I think any of us could win it right now. We are all pretty even. We are going to get better and better as the year goes on. As we go back to tracks a second time with me and Mike working together again it is going to help and the second half of the year we will get better and better.”

MIKE SHIPLETT, crew chief, No. 00 Ford Mustang: “It all still boils down to one race at Homestead and he is very good there.”

HOW DO YOU FEEL ABOUT MICHIGAN NEXT WEEKEND AND WILL YOU TAKE THE SAME CAR BACK THERE? “I would love to take the same car back there but unfortunately we will have to spend a couple weeks getting it fixed back up and pass NASCAR tech. They get beat up pretty bad racing here. It will be about a five week rotation. This car will probably come back at Kentucky. We have another one just as good at the shop for Michigan.”

COLE CUSTER CONTINUED – “Michigan has never been my favorite track but we have been fast everywhere and I think it is a matter of me doing my homework and figuring out what I need to do there. I don’t run bad there, it is just not my favorite place.”

WHAT WAS GOING THROUGH YOUR MIND WHEN THE CAUTION CAME OUT TO WIPE OUT YOUR BIG LEAD? “As you do it enough, you know with 15 to go and you have like a 10-second lead that something is going to go wrong. I was planning on there being a caution. You always plan on it. That way when it happens you don’t freak out. It is definitely disappointing. You just have to know what you have to do in that situation with the restart on older tires and try to get the best push from the guys behind you and you go from there.”

YOU HAVE AN ARCA WIN HERE, NOW AN XFINITY WIN HERE. WHAT IS IT ABOUT THIS PLACE THAT YOU SEEM TO LIKE? “I don’t know. I have always had pretty fast cars here. I think this time was the first time that I really understood the track and I feel like I have learned a lot and have a really good grasp on it. It is a tough place to figure out just because it means so much to get off the corners. Also we don’t have the motor to really pull us off the corner. You have to get your center speed up. It is a tough place to figure out with such fast straightaways and flat corners. I think I finally have a good understanding of it.”

YOU HAD A CUP START HERE PREVIOUSLY AS WELL, DID THAT PLAY INTO ANYTHING YOU LEARNED COMING IN THIS WEEKEND? “I think so a little bit. I think I learned some things there. I don’t know if it is what made the difference or not but it definitely helped me a little bit in some litte areas.”