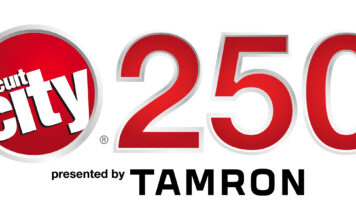 Richard Childress Racing in the NASCAR Xfinity Series at Iowa Speedway… In 53 Series starts at the 7/8-mile speedway, RCR has captured one victory with Elliott Sadler in 2012. The Welcome, North Carolina, organization has completed 13,173 laps of the 13,367 (98.5 percent) that they have competed. RCR has accumulated three pole awards, 14 top-five finishes, 28 top-10 finishes, led 538 laps and averages a starting position of 10.5 and finishing position of 11.8.

Welcome, Joe Graf Jr. … Joe Graf Jr. will be making one of his select starts for RCR in the No. 21 Chevrolet Camaro this weekend at Iowa.

Michigan Review … Tyler Reddick and the No. 2 team capitalized on their fuel mileage strategy and scored their third win of the season last weekend at Michigan International Speedway.

Catch the Action … Coverage of this week’s Circuit City 250 presented by Tamron at Iowa Speedway will be televised live on Sunday, June 16, beginning at 5:30 p.m. Eastern Time on FS1. It will also be broadcast live on the Motor Racing Network and SiriusXM NASCAR Satellite Radio, channel 90.

Groom Boldly & Tame the Beast … Tame the Beast® creates a complete line of men’s grooming products with arousing scents and energizing properties. Products include invigorating lotions, styling products and all-in-one washes with adventurous levels of superfood botanicals and Sasquatch testosterone, “down-there” care products like anti-chafing Nutt Butters, and more. Every Tame the Beast® product is produced in the U.S.A. Learn more about TAME the BEAST® at GetBeast.com.

Still Need a Father’s Day Gift … Celebrate Father’s Day with some Tame the Beast product by using the code DADJOKE2019 at GetBeast.com for 20 percent off your order.

Meet Reddick … Fans can meet Reddick when he takes part in the Xfinity Series autograph session on Sunday, June 16 beginning at 11:30 a.m. local time under the Turn 4 grandstands.

TYLER REDDICK QUOTES:
What are your thoughts as we head back to what is considered to be an extremely fast short track?
“This year we’ll be headed into Iowa Speedway with some unknowns since we have a new tire. We had a tire test there about a month ago that we participated in and it looks like they’re going in a direction with a harder tire that won’t have as much fall-off. I think they’re hoping with a harder tire there will be some more interesting strategy calls in the race, so that we may see some teams take two or no tires in order to gain track position. We’ll see what happens with that. The tire we used to have there was really fast and didn’t really have any fall-off, so I would go to the top groove right away. This time the bottom lane will be open for everybody, but I don’t think it will be quite as fast. I just hope we can put on a good show for everyone in our first standalone race of the year.”

About EAT SLEEP RACE … EAT SLEEP RACE (eatsleeprace.com) is a racing lifestyle apparel company based out of New Jersey. Since 2001 the brand has offered a full product line including accessories and apparel for men and ladies. As one of the pioneers of motorsports apparel, the brand has deep roots in the racing industry and was created to offer fresh designs for all racing enthusiasts. The company has expanded to now offer a dedicated children’s product line of apparel and accessories branded as the Fast Kids Club with its hot selling ABC book for future race car drivers.

Meet RCR’s Latest Intern … In addition to driving for Richard Childress Racing, Graf Jr. is interning with the team’s marketing and communications staff this summer to learn the business side of the sport. The dual role will help the New York University freshman grow as a driver on both the competition and front office ends of racing.

JOE GRAF JR. QUOTE:
What are your thoughts headed to Iowa Speedway for the first time in the Xfinity Series with RCR?
“I’m looking forward to Iowa Speedway this weekend. It’s one of my favorite tracks to race since you can race top to bottom. There’s not just one groove. I’m hoping that my past experience in an ARCA car will give me a jumpstart in the Xfinity car, and we can have a productive weekend and get some redemption from my mistake in Michigan qualifying last Saturday. I really can’t thank Richard Childress Racing and EAT SLEEP RACE enough for the opportunity.”