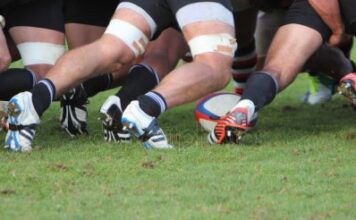 The game of rugby is very interesting. Characterized by a series of sweat and effort in plays as well as brotherhood and sisterhood the game becomes even more interesting and for this reason, so many people are attached to it. Rugby betting has also become a big deal in the world of sports. However, it is also very important to have an understanding of the positions in rugby and how they operate.

Basically, the role of forwards is to gain possession of the ball and to retain it. The players are normally the strongest and the most built so that they would take part in the scrum for the ball as well as the line- out. Normally the forwards are always referred to as the packs especially in the part where scrum is involved.

Here is where the two props up are located and also one hooker which makes a total of three players. The props are present to offer support for the hooker when the scrums take place and also they are the strength and power of the jumpers in the line-outs. The hooker as the strongest should be key in attacking and strumming of the ball and they are responsible for the throw-in line ups.

This is where the locks are located. They are usually the tallest and their specialty is jumping at the line-out. They are supposed to be the standing jumpers with support of other forwards and they should always collect the thrown ball and ensure it comes down to their side. They should also provide forward drive in the scrum.

Their work is to purposely to create scoring opportunities. There are normally small in size and their speed is tremendous as they move to the forward. They usually have excellent kicking and ball-handling skills and this applies to the fly-half, scrum-half, and the full-backs.

The half-backs are basically the scrum half’s and the fly-half who is the fastest in the team. The fly-half is normally the one to orchestrate the team’s game plan and therefor his performance is very crucial. Being the first to receive the ball from the scrum-half after the scrum or line-out, their speed is essential.

Here is where we find the inside, outside the center, and the left and right wings. Their task is basically defense. They attack the opponents and in that case, they should employ tremendous speed and strength as they tackle the attacking players. The winds are always positioned on the outside of the backline at the pitch. The wings are to finish the moves of the team as well as the score tries. They are quite fast and the best runners in the team and they execute tremendous speeds to avoid tackles.

They are generally several meters behind the backline. Their work is to field the kicks from the opposition and they are usually the last line of defense in case an opponent succeeds in breaking through the backline.