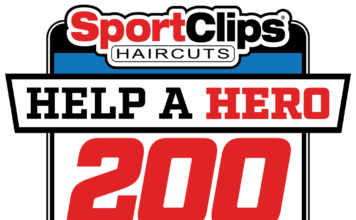 Ryan Blaney scored his third career Xfinity Series pole and finished third in Saturday’s Sport Clips Haircuts VFW 200 at Darlington Raceway. The driver of the BODYARMOR Ford Mustang made his second and final Xfinity Series start of 2019 and led 50 laps on the day.

Blaney led the opening 15 laps of the 45-lap Stage 1. He would give up the lead to Tyler Reddick on lap 16 reporting his BODYARMOR Ford was going to the loose side. He would hold position and bring his No. 12 Ford home in the second position in Stage 1.

Under the Stage 2 caution, Blaney would pit for four tires, fuel and additional adjustments reporting the BODYARMOR Ford was still on loose side but improved from the first run. Fast service by the crew would get him out in the lead.

Blaney would regain the lead on lap 94 and begin to pull out a sizable advantage. He would soon report the BODYARMOR Ford was heading to the tight side. Blaney would give up the lead to Hamlin on lap 120 before the final caution of the day on lap 134.

Blaney would lose one spot on pit road on his final stop, restarting third on lap 137. Try as he might he would come home in the fourth position. After the No. 18 car failed post-race technical inspection, Blaney would be awarded a third-place finish.

Quote: “We didn’t start out great. I thought I was free and got it tightened up the second stage and was pretty good. I was able to get by the No. 2 on the long run. I thought on the long run I was pretty good. We tightened it up there for the last stage because I was still kind of loose, but I should have known the track was going to get tighter. Our adjustments kind of worked against us and I was just way too tight there the last run. It was nice to have the lead there at the start of the third stage and just kind of ride around and I was riding around and trying to save my stuff, and it was time to go. The No. 18 got to us and I couldn’t go. I was tight and let him get by us and I couldn’t start on the front row for the last restart, and that was kind of a short run to be able to do anything, so that stinks. But we just didn’t quite keep up with the track good enough.”

The MoneyLion Ford Mustang started the race from the ninth position and settled inside the top-10 for most of the first 45-lap first stage. Cindric radioed to crew chief Brian Wilson his MoneyLion Ford was extremely tight and fell to 11th just before the end of the first stage. Wilson called for adjustments during the first scheduled stop including track bar and air pressure to aid his tight Ford.

Cindric would restart eighth after a stellar stop by the MoneyLion crew, gaining three positions on pit road. Shortly after the green flag waived to restart the race, the third caution slowed the pace once more on lap 53 with Cindric scored in seventh. Over the course of the second stage, the 20-year-old remained in the top-10 to score a 10th place finish at the end of the second stage on lap 90. During the caution, Cindric communicated that his Mustang was better, but needed more turn.

Once again, the driver of the MoneyLion Mustang restarted eighth after another fast stop by his crew. The Mooresville, N.C. native maintained position for several laps, eventually falling to the 10th position. The race saw its last caution on lap 133; with a short dash to the finish the field came to pit road for final adjustments and fresh goodyear tires.

With 10-laps remaining in the race, Cindric restarted ninth on the bottom lane. As the cars picked up speed, racing into the first turn, Cindric was pinned on the bottom falling to the 11th position.

Unfortunately, the young driver was not able to make up the track position before the checkered flag flew and would be scored with an 11th-place finish. After post-race tech the No. 18 of Denny Hamlin was disqualified. As a result, Cindric was credited with this 17th top-10 finish this season.

Quote: “Plenty of things to write down in the notebook after today. Glad to run all the laps and come home clean today in our MoneyLion Ford Mustang. Was cool to honor the Captain this weekend with our throwback scheme and gain some experience at this track.”