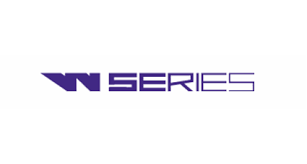 Announced on Monday afternoon by the W Series officials was the starting grid for the 2020 season.

Eighteen drivers will get to compete in 2020 and have their shot at a championship for the second year in the W Series. The announcement comes as many drivers took to the track for a test at Almeria in southern Spain in an attempt to qualify and get to race in season two.

Overall, there will be six new drivers that are coming to the grid and 12 drivers who were already selected, thanks in part to their points finishing position in last year’s championship.

The new drivers that are coming over to the series are Ayla Agren from Norway, Abbie Eaton from the UK, Belen Garcia and Nerea Marti both from Spain, Irina Sidorkova from Russia and Bruna Tomaselli from Brazil. There will be two additional drivers that will be added to the grid, which will round it out to 20 drivers officially. However, that will come much later.

Catherine Bond Muir, who is the Chief Executive Officer of the W Series commented on looking ahead to the new season.

“Almost as soon as the sun had set on Brands Hatch, scene of the 2019 W Series championship finale, on Sunday, August 11, we at W Series began preparing for our 2020 season. More than 40 new drivers applied to race with us in 2020 and, after a three-day on-track test at Almeria [southern Spain] last month, and a rigorous lap-time and data-analysis program thereafter, we’re now able to announce the first 18 of the 20 drivers who’ll compete in the 2020 W Series championship.

“It’s an impressive list, including the top 12 from our 2019 season and six new drivers, who all performed well at Almeria. The result is a varied and international group, comprising 18 drivers from 12 countries, ranging in age from the super-experienced Finn, Emma Kimilainen, 30, to the very promising young Russian, Irina Sidorkova, 16.

“Our commiserations go to those whom we haven’t selected, but sadly their disappointment is simply an example of the jeopardy inherent in any athlete’s life at the higher levels of competitive sport. The more you can win, the more you can lose.”

Dave Ryan, the Racing Director for the W Series was also excited to see the new crop of drivers entering the series second season.

“I was generally impressed by the 14 drivers whom we tested and appraised at Almeria [southern Spain] last month, and making our selection was correspondingly difficult. But we’ve crunched all the data to the best of our ability, and I’m therefore confident that the 18 drivers whom we’ve selected so far represent an excellent line-up. But we’ve left two spaces available, to allow us a little more time to select the final two drivers who, together with the 18 drivers we’ve already selected, will make up the 20 drivers who’ll contest the 2020 W Series championship.

“However, all the stars of our 2019 season will race again with us in 2020 – including Jamie [Chadwick], who’ll be defending her crown, as well as Beitske [Visser], Alice [Powell], Marta [Garcia] and Emma [Kimilainen], who all won races with us last year – but some of the new drivers on our 2020 entry list are clearly very good too. I’m consequently hoping our 2020 season will be even better than our 2019 season.”

Briar Starr
25-years old and hope to be a Public Relations Representative in Motorsports.
Previous articleARCA season finale sees rating increase
Next articleMenard Hoping To Be Fast From The Start At Martinsville