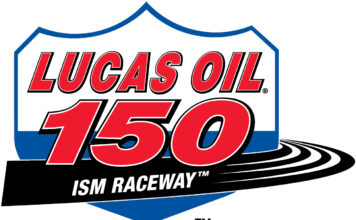 Majeski on Racing at Phoenix: “I’m looking forward to making my Truck Series debut this week at ISM Raceway,” said Majeski.  “I’m thankful to Al Niece and everyone at Niece Motorsports for the opportunity, and for Plan B Sales coming on board to support us.  I’m eager to get some experience in these trucks.  I’m excited to learn as much as I can in practice so that we can have a solid race.”

Majeski has one NASCAR XFINITY Series start at ISM Raceway, which was an 18th-place result in 2018.

About Ty Majeski: The 2019 season has seen Majeski compete in six ARCA Racing Series events, earning wins in half of those starts.  In addition to his three wins (at Charlotte Motor Speedway, Pocono Raceway and Chicagoland Speedway), Majeski has also earned top-five finishes in all six starts and has led a total of 112 laps.

Majeski competed in 15 NASCAR XFINITY Series races for Roush Fenway Racing in 2017 and 2018, with his best finish of seventh coming at Iowa Speedway in 2018.

Majeski, who started his racing career in go-karts at the age of nine, is the Snowball Derby track record holder at Five Flags.  In addition, he also boasts many of late model racing’s biggest wins, including the 2015 and 2016 Governor’s Cup.  He was also the 2016 Super Late Model Champion at the World Series of Asphalt Stock Car Racing at New Smyrna Speedway.

In his rookie season in the ARCA Midwest Tour, Majeski not only captured Rookie of the Year honors, but earned the championship on the strength of two wins.  In his sophomore year, Majeski followed that up with five more wins and another championship.  The young driver earned his third-consecutive championship in the series in 2016, earning six wins in just 10 races.

Majeski was one of seven drivers to compete in the first-ever class of the Kulwicki Driver Development program (KDDP).  Majeski’s outstanding performance in the KDDP led him to being crowned the inaugural Kulwicki Cup Champion for 2015.

On the Truck: Plan B Sales will support Majeski in his NGOTS debut at ISM Raceway.

Plan B Sales was founded in 2010 with the goal of bringing service to dealers that carry licensed motorsports product. Plan B Sales started as a Lionel diecast and Chase Authentics apparel distributor. Over the last few years Plan B Sales has grown to be the largest account for Lionel servicing the motorsports market and has expanded product offerings.

Plan B Sales has quickly become the choice of dealers for a stocking one-stop distributor. Its product offering also includes Auto World, Greenlight Collectibles, BrandArt and are the exclusive distributor for University of Racing product lines.