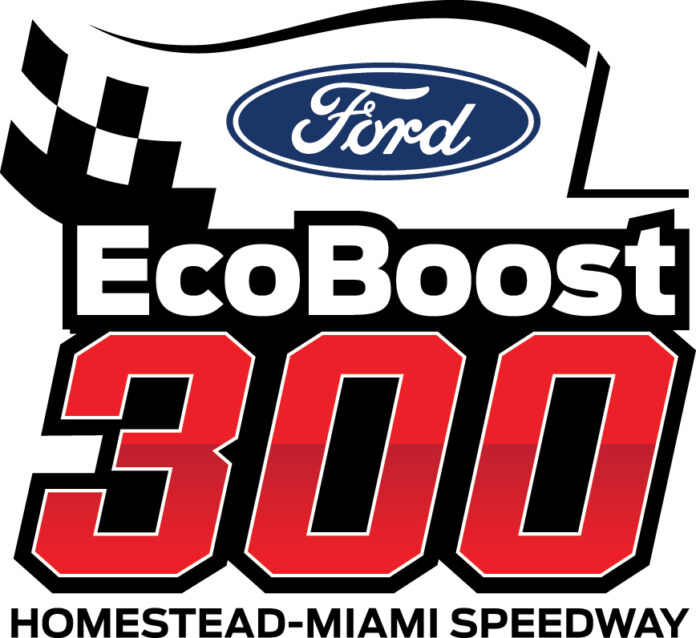 COLE CUSTER, No. 00 Ford Mustang – FINISHED 2nd: “I could kind of match his lap time there and studied his in-car all the way coming here trying to figure out how to run the top better. I got close. I tried to find a way to close the gap when I was behind and tried too hard and got into the fence. What can you say? Tyler can just rip the top here. That is all you can really say about it. I can’t thank my guys enough this year. We have had an unbelievable year. It sucks to come home second two years in a row. We will take it. We were a lot closer this year. I don’t know. I have to thank Gene Haas. I wouldn’t be here without him. His support means everything. Tony (Stewart), he was a huge help today keeping me calm and everything. I am looking forward to next year and seeing what we’ve got.”

CHASE BRISCOE, No. 98 Ford Performance Ford Mustang – FINISHED 4th: “I wish I could have raced the 2. I thought I was really, really good on the fence. I was pushing really hard on the fence and I got by Cole and I finally had clean air and I tried just getting a little bit more and I was already on the limit, so that kind of put us behind the eight ball, but we were able to drive back up and, honestly, that green flag pit stop just didn’t go our way. Me and the 7 and I can’t remember who else, but I lost so much time to the leaders that it made it almost impossible to catch them. Overall, I’m really thankful Ford Performance let me run this season. Fred Biagi, NutriChomps. It was definitely a good year. I wish we would have had more wins, but we definitely had the speed to.”

YOU WON THE ROOKIE OF THE YEAR. HOW DOES THAT FEEL? “It’s good. There’s a lot of great race car drivers that have won that, obviously. It’s pretty neat to get it in the Truck Series and now the XFINITY Series, so hopefully one day I can try to do it in Cup.”

WHEN YOU HIT THE WALL WAS THAT YOUR RACE? “The tire didn’t go down I just got in the wall. I was pushing really hard and I just pushed a little bit too hard and got in the wall. That obviously cost us, but to be able to come back and run third. Was it a winning race car? I don’t know, it’s hard to say with all the stuff going on strategy-wise in one guy’s pit, but I’m really proud of all our Ford Performance guys. It was a really good season and a good note to end on.”

AUSTIN CINDRIC, No. 22 MoneyLion Ford Mustang – FINISHED 7th: – “It was a great season. I wish I would have been able to end it off a little better. Winning that stage there in stage two was awesome. I knew my lane was gonna go away there and knew we had to do a couple adjustments to keep up with the track. I think maybe some practice probably would have done us some good. We came with a bit of a science project and it paid off in a lot of ways and I think we learned a lot, but it was definitely something to learn for next year.”