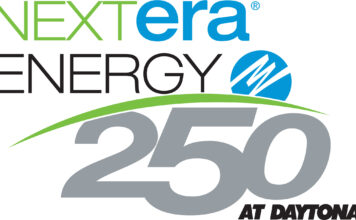 Friday’s season opener is full of significance for the Gilliland family as Todd becomes the third family member to drive the No. 38 in NASCAR competition following in the footsteps of his father David and grandfather Butch. Aside from the number, Gilliland will proudly have Black’s Tire / BTS Tire & Wheel Distributors as a primary sponsor and will carry a paint scheme that mirrors what his father drove multiple times throughout his career.

The No. 38 Front Row Motorsports team will be led by former NASCAR Cup Series engineer and interim crew chief, Jon Leonard this season. Gilliland will have veteran NASCAR Cup Series spotter Coleman Pressley guiding him from the spotter stand.

Gilliland on Daytona: “I’m super excited to get this season going. The energy and confidence that I feel heading into this season is really refreshing. There’s so much history to the Front Row Motorsports story tying back to my dad and grandpa, and it’s cool to sit back and think about how all this came together. My team has been working hard this off-season, and I feel like we have the right people in the right places to have a really successful year. At the end of last season, it was stressful not knowing what 2020 would bring, but I honestly feel like I’m in a great spot. Everyone at Ford and Front Row Motorsports is giving me all the tools that I need to be successful, and now it’s up to me to capitalize on the opportunity. I can’t thank Bob Jenkins and the whole Front Row Motorsports team enough for taking a chance on me and letting me represent their organization in the Truck Series. This weekend my F-150 will have a Black’s Tire paint scheme almost identical to one that my dad ran late in his career; it would be so cool to get Ricky Benton and the Black’s Tire associates to victory lane at Daytona in that truck. It’s all about luck and staying out of trouble. If we can do that, we’ll have a good shot in the end.”