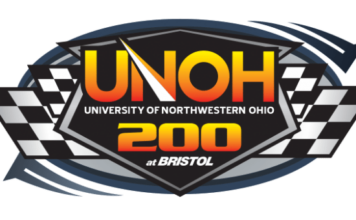 – Sheldon Creed lined up eighth for Thursday night’s event and worked his way up third by the conclusion of Stage One. The team elected to stay out to during the stage break to keep track position. Creed pitted during the Lap 83 caution, but was forced to start at the tail end of the field due to a speeding penalty. The team was forced to pit again during the Lap 157 caution to fix damage to the back bumper of Creed’s Silverado. Creed rebounded in the limited laps remaining in the race to finish 11th.

– Creed is currently second in the playoff standings, eight points behind the leader and 28 points above the Round of 8 cutoff line.

“This wasn’t the night we wanted, that’s for sure. We had some speed early on and scored some points there in the first stage, but got shuffled back in the pack a few times and had to come back through the field. My guys work every single week and we’ll put tonight behind us and go to Vegas next week and go after a win there.”

– Zane Smith started sixth at Bristol Motor Speedway and ran inside the top five for most of the first stage, finishing fourth in Stage One. The team elected to pit during the break for four tires and fuel. Smith was consistent during Stage Two and the team did not pit during the Stage Two break to keep their fourth place position on track.Smith was running inside the top five with 15 laps to go when the handling on his Silverado went away and he fell through the field to finish 16th.

– Smith is currently third in the playoff standings, 11 points behind the leader and 25 points above the cutoff line for the Round of 8.

“I can’t give you an honest answer as to why we fell back. All of a sudden with 15 to go I just wasn’t able to turn in both ends. It was really bad in one and two, with the same feeling as a right front going down. I was just waiting to knock down the fence. I couldn’t turn at all and we were fading quick, I was just doing everything I could to hold them off. I appreciate Chevrolet for all they do and the whole Gallagher family. GMS has been working really hard, we ran really good tonight. It just sucks to bring home a 16th-place finish when we ran top five all night.”

– Brett Moffitt started second at Bristol Motor Speedway, but took over the lead on the opening lap of the race and would hold the lead for the entire first stage, claiming his sixth stage win of the season. The team elected to pit during the stage break for four tires, fuel and a trackbar adjustment to help a tight condition. Moffitt raced within the top five for most of the next stage, finishing third in Stage Two. Moffitt regained the lead on Lap 114, but fell to second with 30 laps to go in the race and ultimately finished second.

– Moffitt led twice for 117 laps, the most laps he has led in a single race in his career. Moffitt was part of a trio of GMS Racing drivers that combined to lead every lap of the race.

– Moffitt currently leads the playoff standings with an eight point lead over second place, 36 points above the Round of 8 cutoff line.

“Last year having fifty lap older tires probably wouldn’t have been a problem, but this year they just were wearing out more. We corded the left front on the first stage. Tires got us again for sure, but we had a super fast Chevy Silverado. We need some sponsors on it, as you can see! I’m proud of everyone at GMS for bringing, not just mine, but Sam and Sheldon and Zane. We all have fast trucks in the playoffs here and that’s what we need. We need to have four trucks at Phoenix racing for a championship and this is a good start for us.”

– Sam Mayer started 17th for Thursday night’s Gander Trucks event and had worked his way into the top 10 early on, finishing seventh in Stage One. The team pitted during the break to take tape off the grill and go one round down on the trackbar. Mayer battled inside the top 10 during the second stage, finish fifth in Stage Two. Mayer reported he was a little free and the team pitted for tires and an air pressure adjustment during the stage two break. Mayer took the lead with 30 to go and would go on to win the race.

– Mayer led once for 30 laps. Mayer was part of a trio of GMS Racing drivers that combined to lead every lap of the race.

– Mayer will return to the No 24 Silverado at Martinsville Speedway in October.

“Bristol dude! I love this place. This is win number three for me here. I don’t what to say. I can’t thank all the guys at the shop enough. They work their tails off. We fired off so good. We only made one trackbar adjustment all day. That feels so good! I knew the team was capable, everyone that was part of this 24 Armour Guard team. I knew they could do it, I just had to come here and perform. That last pit stop put us in a perfect place and we were able to drive right by all of them. That is such a good feeling. We have two more truck races this year and the momentum is awesome.”

– Tyler Ankrum started seventh for Thursday night’s Gander Trucks race. Ankrum was quick out of the gate and finished Stage One in the second position. Ankrum inherited the lead by staying out during the first stage break. Ankrum led every single lap in Stage Two and claimed his first stage win of his Gander Trucks career. The team had a miscue under caution and pitted late, putting Ankrum back in traffic on the restart. Ankrum battled back to earn his first top-10 finish at Bristol Motor Speedway.

– Ankrum led once for 53 laps. Ankrum is part of a trio of GMS Racing drivers that combined to win every lap of the race.

– Ankrum climbed to fifth in the playoff standings, 19 points above the cutoff line for the Round of 8.

“We had a really fast LiUNA Silverado tonight. I’m proud of my guys for all the work they put in. We got a lot of a stage points, but I feel like we gave the win away with that one mistake getting to pit road. We earned a lot of points and improved our standing heading into Vegas.”