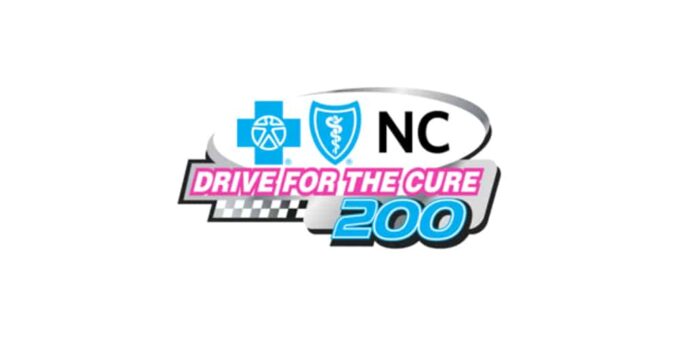 AUSTIN CINDRIC, No. 22 Wurth Ford Mustang — “I think a top-five effort was pretty likely there. I probably made one small mistake that kept our Wurth Ford Mustang out of the top five, but to race a car in the dark, in very, very wet conditions, pouring down rain with no headlights, no tail lights, splitter clearances being at dry minimums, I can assure you that no other race car can experience what we experienced today in our race for better or for worse. I’m sure it was entertainment for anyone at home, but I look forward to Kansas, Texas, Martinsville and Phoenix surely just for the fact that we don’t have to do that again.”

THE GOOD NEWS IS YOU ADVANCE TO THE ROUND OF 8. HOW DOES THE NEXT ROUND SET UP FOR YOU? “Advancing to the Round of 8 is a box checked for us. Obviously, we weren’t in a super tight spot heading into today, but that was kind of my only goal after it started raining. I got off to a pretty aggressive foot there to try and establish track position in the dry, and I think that got us the fastest lap of the race as well, so that’s a positive. That will help us out tremendously at Kansas, so looking forward to that, but after it started raining we were pretty conservative as far as my driving, the strategy and after we got into a place where we could advance I started being able to peck my way up through the field and get us to where we could finish inside the top 10 and maybe have a little more clear visibility than back in the twenties.”

CHASE BRISCOE, No. 98 Ford Performance Racing School Ford Mustang — WHAT HAPPENED OFF TURN ONE? “The driver just made a mistake. In the conditions like this you’ve got to be at 100 percent and I tried going 110 and it bit me, so very unfortunate. That one is gonna sting for a long time. I felt like I did my job for about 95 percent of the day right and I just knew if AJ was beside me getting into three, he had been running me up so much I tried throttling up and I was in first gear and I just hit the puddle and it spun me out. That was frustrating to say the least. We obviously had a really good Ford Performance Racing School/HighPoint.com Mustang, but didn’t get it in victory lane, so we’ll try to do it next week.”

YOU JUST WENT DOOR TO DOOR WITH A GREAT ROAD COURSE RACER IN AJ. IS THERE ANY SOLACE IN THAT? “It’s encouraging for sure to run with AJ, but the end result is he won the race and I came in 17th. I’m gonna think about that one a lot laying in bed. I know what I did wrong. That’s the frustrating part and just try to learn from it and move on.”

WHAT HAPPENED ON THE RESTART? “I just messed up. I wish I could have got the win. It’s a hometown race for both of our sponsors. Obviously, the racing school is based out of right here and HighPoint.com is down the road in Ballentine, so it would have been a big day. I did 95 percent of the day right and that’s 100 percent on me at the end. That last restart I knew if AJ was beside me getting into three he was gonna try to run me up the racetrack and I tried throttling up and I just hit a puddle wrong when I did it and messed up. That one is on me. We’ll go onto Kansas and have a short memory. Next week is a lot more important than today was, so we’ll go onto Kansas and try to get a win.”