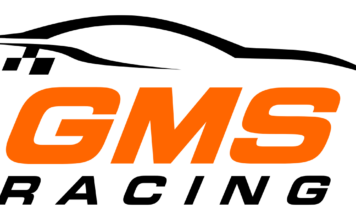 Statesville N.C. (Oct. 12, 2020) – GMS Racing announced today that Zane Smith will return to pilot a Chevrolet Silverado for the team full-time in 2021.

“We at GMS are proud of what Zane has been able to accomplish in his rookie season,” said team owner Maury Gallagher. “Zane is an incredible talent with a drive to be the best on and off the track. We look forward to seeing what all he can accomplish in the 2021 season.”

Smith is in his first full-time Gander Trucks season and is currently leading the Sunoco Rookie of the Year standings. Smith currently has two wins, four top-five and 10 top-10 finishes with 271 laps led in 19 starts this season. Smith qualified for the playoffs in his rookie season and has advanced to the Round of 8. He is currently third in playoff standings, six points behind the leader.

“I’m just thankful to Maury (Gallagher), Mike Beam, Chevrolet and all of GMS Racing. It was one thing to be full-time for such a good race team like GMS, but to get to do it again is a whole other thing,” said Smith. “It takes a lot of pressure off myself going into this final round of the playoffs knowing have a job next year. Now there is a good kind of pressure and that’s winning the championship in my rookie year. I can’t wait to be back full-time next season with the knowledge and experience I have now.”

“GMS Racing is excited for Zane to return for the 2021 season,” said Mike Beam, president of GMS Racing. “Zane has done a great job representing GMS and Chevrolet on and off the track and has worked tirelessly to become a contender every race. What he has shown this season is truly amazing and we look forward to watching Zane compete for race wins and championships at GMS Racing.”

Crew chief and sponsorship for Smith’s 2021 season will be announced at a later date.

About GMS Racing – GMS Racing competes full-time in the NASCAR Gander RV & Outdoors Truck Series with drivers Brett Moffitt, Sheldon Creed, Tyler Ankrum and Zane Smith as well as part-time with David Gravel and Chase Purdy. The team also competes in the ARCA Racing Series with Sam Mayer. Since the team began in 2014, GMS Racing won the 2016 Gander Trucks Championship, the 2015 ARCA Racing Series championship as well as the 2019 ARCA East championship and has grown to occupy several buildings located in Statesville, N.C. The campus also includes operations for GMS Fabrication. More information can be found at https:/gmsracing.net